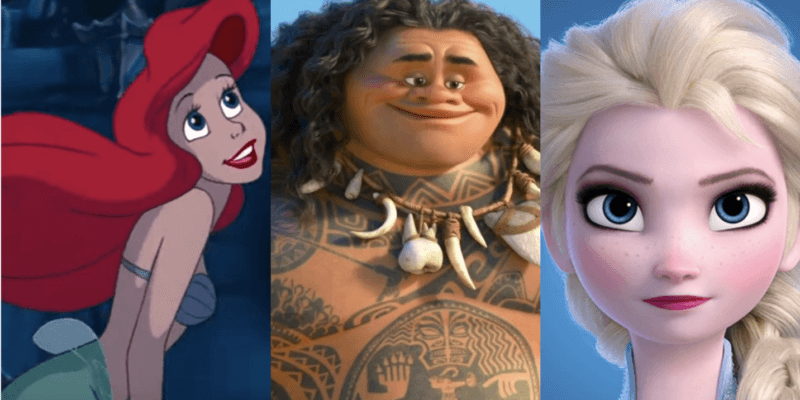 Last month, YouTube’s The Holderness Family released a hilarious montage of Disney songs rewritten for quarantine. The first video was such a hit that the family is back with Tunes to Fight Gloom: Disney Songs for Quarantine Part 2!

This edition of Disney quarantine songs begins with a hilarious rendition of The Lion King’s “Circle of Life,” featuring rewritten lines like, “Aaaa see Facebook…I gotta meme about a roomba…”

“Colors of the Wind” from the Disney animated classic Pocahontas is also featured in the second Disney quarantine parody video. Instead of the original lines, Mr. Holderness sings, “This ain’t the summer bod that I had planned on. I have my pantry and myself to blame…”

This edition also includes Disney parodies of favorites like “You’re Welcome” from Moana and “Let It Go” from Frozen.

One of our favorite Walt Disney movie parody songs in this The Holderness Family video is “Part of Your World” from The Little Mermaid. Instead of Ariel’s usual lines about her collection of items from the human world, this version is all about online shopping.

As the rewritten version goes, “Look at this stuff, what has she done? She has a shopping online addiction. Wouldn’t you think we’d save cash? But she’s buying everything…”

We’ll have to wait to see if The Holderness Family shares any more Disney character impersonations. We love every Disney song in this edition of this sketch.

We know times are tough, but there are plenty of things you and your family can to do stay positive and bring some Disney magic to your everyday life.

Pretending you’re at the Disney Parks is always a fun way to spend an afternoon. Try making Dole Whips and watching this family’s recreation of the Pirates of the Caribbean attraction! It’s the perfect substitute for actually being in Adventureland at Disney World or Disneyland.

To experience more Disney Parks ride-throughs and Disney streaming parades and shows, check out this round-up! Stream the videos to your TV for a more immersive experience.

We love these Disney quarantine parodies and we’re sure they will give you a much needed laugh during these trying times!