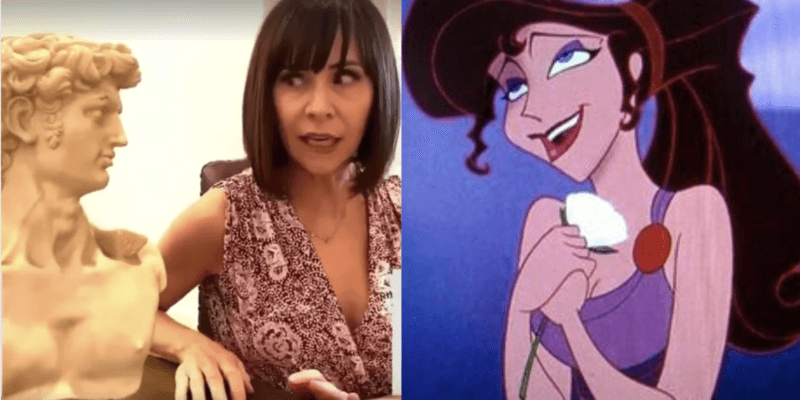 Disney celebrities have been doing a lot to keep fans engaged during quarantine over the course of the last month or so.

From the Disney Family Singalong, which boasted appearances from Disney Channel stars like Ashley Tisdale and Zac Efron and Disney movie actors like Josh Gad and Luke Edwards, to the 25 Years of Disney on Broadway streaming special, there’s been no shortage of Disney magic lately.

Now, Susan Egan, who was the first actress to play Belle in the Broadway version of Beauty and the Beast, has graced Disney fans with an amazing performance of “I Won’t Say (I’m In Love)” from Hercules.

Egan, who is primarily known as a Disney stage show actress, also voiced Megara in the 1997 Hercules animated movie.

It’s a blast to watch Susan Egan singing “I Won’t Say (I’m In Love)” in this video. She had so much fun with the performance and even got some help from a Hercules bust (and some Disney stuffed animals!) in her house. Egan is also joined by a muse chorus.

The video singalong is part of the Walt Disney Company’s “Disney Singalong” social media campaign that is designed to allow families to sing their favorite Disney movie songs at home with Disney stars. Egan’s performance of this Hercules classic is beautiful and definitely makes us want to relive our childhoods and watch Meg, Hades, and Hercules.

Fans of Susan Egan and her Disney song performances should also check out her latest endeavor, the Broadway Princess Party.

Hercules in the News

Following Ariana Grande’s ABC Disney Family Singalong performance of “I Won’t Say (I’m In Love),” fans online began petitioning for her to play Megara in a live-action remake of the animated movie. Although Disney hasn’t confirmed that a live-action version of Hercules is in the works, it seems likely at some point.

Legendary composer, Alan Menken, has also discussed Hercules recently, announcing that he is currently involved in reviving last year’s pop-up New York City stage performance of the hit Disney musical. Menken didn’t provide dates for the Hercules stage show reboot, but it is sure to be as popular this year as it was in 2019.