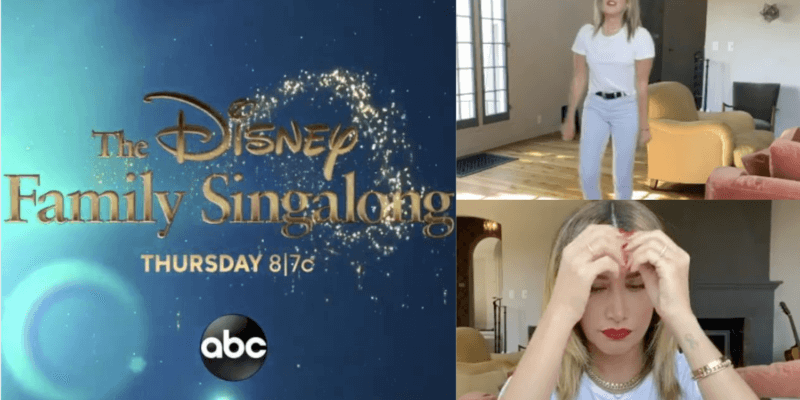 Tisdale and Co. were introduced by Zac Efron (Troy Bolton) before they, very appropriately, sang “We’re All in This Together” from the hit 2006 movie. High School Musical director and choreographer, Kenny Ortega, immediately agreed when Disney executives approached him about the High School Musical stars reuniting for the fabulously fun Disney singalong special.

Here’s some bloopers for y’all. We had so much fun filming We’re All In This Together but definitely had some technical difficulties (??‍♀️ me)

Tisdale posted three videos that show her experiencing a few amusing “technical difficulties,” like losing her earpiece, while trying to record her portion of “We’re All in This Together” in her living room. Eventually, Tisdale and the rest of her HSM costars got the perfect takes, though!

The entire ABC Disney Family Singalong was a wonderful escape for families who are currently in quarantine. Hosted by Ryan Seacrest and featuring special appearances by numerous Disney loving celebrities, including Beyonce Knowles, Demi Lovato, Hayley Erbert with Derek Hough, and John Stamos.

Knowles even performed a special, unannounced rendition of “When You Wish Upon a Star.”

Did your family gather together to watch the Disney Family Singalong last night? We absolutely loved it! What was your favorite moment?

Comments Off on “Disney Family Singalong” Bloopers Are Here, Courtesy of Ashley Tisdale!