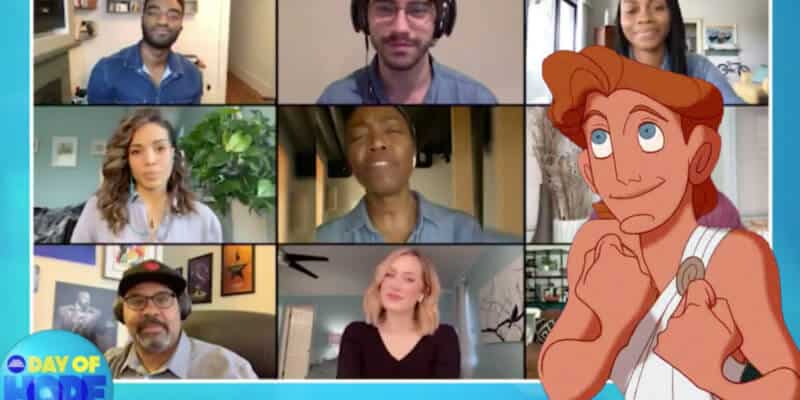 On Thursday’s episode of ABC’s Good Morning America, stars from Disney on Broadway came together to share a moving performance of Alan Menken’s Go the Distance from Disney’s Hercules and we are still balling.

The performance comes following the recent announcement of the extension of the temporary closure of Broadway and of the upcoming live stream of Disney on Broadway’s 25th Anniversary Concert.

For all the Disney Parks fans out there, you may also be familiar with the tearjerking track from the Happily Ever After fireworks show at Magic Kingdom in Walt Disney World — a portion of the show which gets us every time. For those missing the magical fireworks show in the wake of the Disney Parks’ temporary closure, be sure to see it virtually from your couch here.

.@ryanmccartan tells us that @BCEFA will be live streaming @DisneyBroadway’s 25th Anniversary Gala Concert to raise money for the COVID-19 Emergency Assistance Fund on April 13! pic.twitter.com/uploaN1jiw

The special will be hosted by Ryan McCartan from his family’s basement. McCartan will remotely interview Disney on Broadway Stars from their homes throughout the duration of the special.

Celebrating 25 Years of Disney on Broadway was first held back on November 4, 2019 and raised over $570,000 for Broadway Cares/Equity Fights Aids and featured a cast of 79 performers and a 15-piece onstage orchestra.

For those still misty eyed over the moving Disney on Broadway video posted above and are in the mood for a little more magic, check out the original performance of the song from Disney’s Hercules below.

Will you be tuning into the Disney on Broadway’s 25th Anniversary Concert next Monday to see even more of this musical magic? Let us know in the comments!