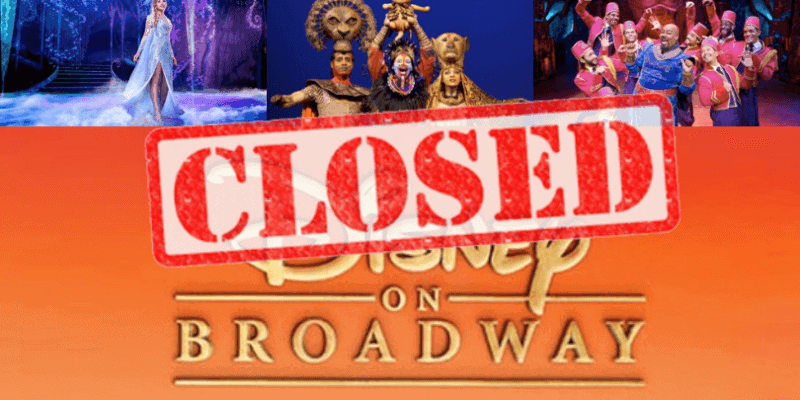 When Disney’s Frozen reopens on Broadway, it will truly be “the first time in forever.” After going dark on March 12, Broadway leaders have confirmed that the Great White Way will remain dark for another two months looking to light the lights in June.

According to The New York Times, “The Broadway League, a trade association representing producers and theater owners, said the 41 Broadway houses would remain shuttered at least through June 7.” However, the article goes on to say that some industry leaders are expecting the closure to last until the 4th of July, or perhaps extend the it all the way to Labor Day.

Disney’s musical theatre group, aptly-named Disney on Broadway, currently has three shows running on Broadway stages: Frozen at the St. James Theater, The Lion King at Minskoff Theater, and Aladdin at the New Amsterdam Theatre. They are three of several shows Disney adapted for the stage which began with Beauty and the Beast, and went on to include Newsies, The Little Mermaid, and even Tarzan. 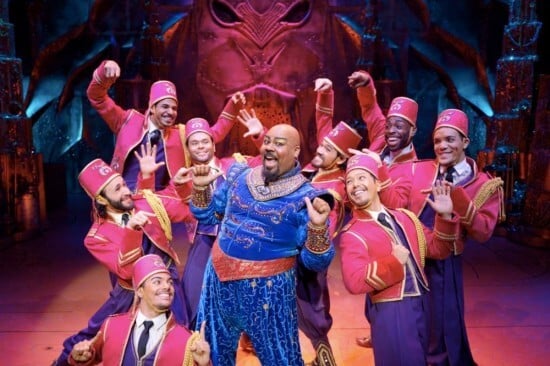 In light of this news, Disney on Broadway posted a special announcement on their website notifying all would-be audience members of the extended closure. Thanks to the partnership with Ticketmaster all tickets will be refunded and can be exchanged directly.

BROADWAY TICKET REFUND INFORMATION All performances of FROZEN, THE LION KING and ALADDIN on Broadway have been suspended from March 12 – June 7, 2020…If you purchased through Ticketmaster, you’ll be able to exchange directly with a Ticketmaster agent through chat…Exchanges are available through Friday, April 17, 2020, only. If you do not exchange your ticket by that date, Ticketmaster will issue you an automatic refund…If your tickets were not purchased via Ticketmaster, please reach out to your original point of purchase to inquire about exchange options. Be well, stay safe, and we can’t wait to see you again on Broadway.

If you have purchased tickets for one of Disney’s Broadway shows between now and June 7, please click here for more information on how to exchange your ticket.

“We’re hopeful that the restrictions will be lifted by June 7,” said Charlotte St. Martin, the president of the Broadway League. “If they’re not, we will continue to monitor government restrictions and will advise ticket holders as soon as we know what those restrictions are.”

Disney on Broadway is a beautiful extension of the Disney films, and the stage productions are, in many ways, the best examples of “remakes” we have. We wait anxiously for this outlet of Disney Magic to emerge once again, and we are left thinking of all the wonderful Disney Broadway moments that will happen “in summer.”

Have you ever seen a Disney Broadway show? What did you think? Did you have tickets for one of the shows this month? Let us know in the comments!

Comments Off on No “Frozen,” “Aladdin,” and “Lion King” Yet: Broadway to Remain Dark ‘Til Summer