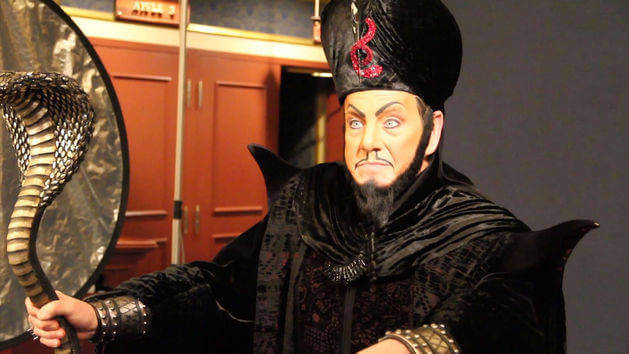 In a new video released by Disney Theatrical, actor Jonathan Freeman discusses how he has brought back his classic role as Jafar in thew new Broadway presentation of “Aladdin.” Freeman brilliantly voiced the character in the original 1992 Disney animated film, now dressing as the character on stage, once again lending his powerful voice. You can hear more from Freeman in our interview with him in Show 330: