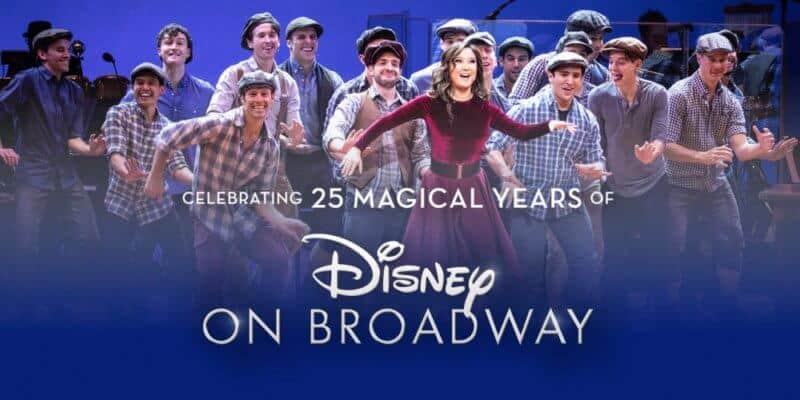 After some back and forth with the Musicians Union, the previously planned stream of the 25th Anniversary of Disney on Broadway is back on!

Ray Hair, International President of the American Federation of Musicians of the United States and Canada (AFM), issued a statement on AFM waiving all contractually required payments in connection with the event.

“We stand in solidarity with our fellow entertainment workers in Actors Equity and SAG-AFTRA. We believe all musicians should be fairly compensated for their work all of the time, but we also believe that we must do everything possible to support entertainment workers hurt by the coronavirus pandemic. We fully support the union musicians who have graciously offered to forgo all required payments to allow this charity event to move forward.”

The event was originally held last November at the New Amsterdam Theatre and raised $570,426 for Broadway Cares/Equity Fights AIDS. The live stream has been rescheduled for April 17, 2020, at 7:00 P.M. EDST.

All proceeds will benefit the Broadway Cares/Equity Fights AIDS benefit streaming of “Celebrating 25 Magical Years of Disney on Broadway”. For more information and to make a donation, visit broadwaycares.org/help2020.

Will you be watching? Let us know which performance you’re looking the most forward to in the comments!