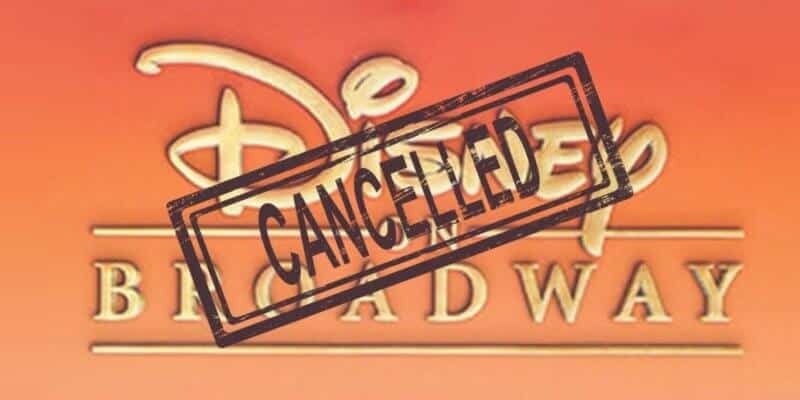 Disney on Broadway was supposed to stream its special Disney on Broadway 25th Anniversary Concert on Monday, April 13th at 7 pm ET. Unfortunately, the New York Times is now reporting this event has been cancelled due to union disputes.

Initially, two of major labor unions — Actors’ Equity Association and SAG-AFTRA — had (and still) agreed to allow the Disney on Broadway 25th Anniversary Concert streaming without fees, but the American Federation of Musicians, on the other hand, did not agree, causing the cancellation.

Related: Frozen and Other Disney on Broadway Shows Go Dark Due To Health Concerns

Ray Hair, International President of the American Federation of Musicians, stated in an email:

Members of the American Federation of Musicians are suffering from the sudden cancellation of all work as a result of the Coronavirus outbreak. During the height of this crisis, Disney Theatrical has come to us asking to stream media content without payment to the musicians involved in the production. Especially now, with zero employment in the entertainment sector, the content producers should care enough about the welfare of those who originally performed the show to see to it that they are fairly compensated when their work is recorded and streamed throughout the world.

It didn’t take long before Broadway Cares, who’s been working raising money for a C-19 emergency assistance fund, spoke out about their frustrations. Tom Viola, Executive Director of Broadway Cares, stated “I understand being told no. When that happens — and it does — I can usually see why or understand the extenuating circumstances. It never feels simply mean-spirited. This was different and the result, particularly now, is heartbreaking.”

Disney wholeheartedly supported the request from Broadway Cares/Equity Fights AIDS to AFM to waive fees for this fund-raiser, just as many unions and guilds had happily agreed to do. It’s disappointing that in this case, due to AFM’s decision, much-needed funds will not be raised. We are fiercely proud to be advocates for Broadway Cares and will continue to be, especially at a time like this.

Disney has been working with Broadway Cares for over the last 25 years and has raised nearly $20 million.

You can read the full story from The New York Times here.

The streaming of Disney on Broadway 25th Anniversary Concert would have been of the performance that took place last November  at the New Amsterdam Theatre. The performance featured 79 performers along with a beautiful a 15-piece onstage orchestra. The celebration was a huge success as it raised $570,426 for Broadway Cares/Equity Fights AIDS.

How do you feel about the cancellation of the streaming for Disney on Broadway 25th Anniversary Concert? Let us know in the comments.