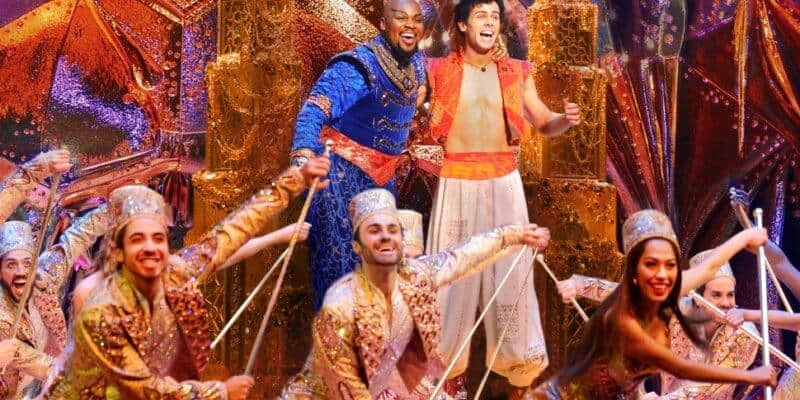 For those whose love of Disney extends beyond the theme parks and silver screen to the Great White Way, the Fall schedule for Disney’s Broadway shows has been released.

As of August 26, “Aladdin” will be adding performances on most (but not all) Mondays, as most Tuesday performances will be going dark. Sunday night performances will replace Wednesday matiness for most weeks. Go to AladdinTheMusical.com for more information on ticket sales.

Beginning the week of August 27, “Frozen” will continue performing at the St. James Theatre from Tuesday through Sunday afternoon. They will also be getting rid of their Wednesday matinees, adding on a Sunday evening show. “Frozen”’s two Sunday shows will begin at 1 p.m. and 6:30 p.m. Go to FrozenTheMusical.com for more information.

Starting the week of August 20, the Tony-Winning spectacular will also continue its Tuesday-Sunday run at the Minskoff Theatre. This Wednesday Matinee will also be replaced by a Sunday Evening Curtain. The two Sunday showtimes are also 1 p.m. and 6:30 p.m. Go to LionKing.com for more information.

Disney Theatrical Production has done a fabulous job reimagining some of our favorite stories for the stage. “The Lion King” carries the longest tenure, “Frozen” is the latest arrival, and “Aladdin” is proving it to have a long run in New York. Both “Aladdin” and “The Lion King” has had touring companies traveling the world, and “Frozen” is looking to embark on its North American tour this fall.

Seeing a Disney Broadway Show is always a special treat, and is always a good idea. In an age of movie remakes, Disney has always brought more originality and an even further baroque flare to the stage, and it is something to be admired. Hopefully, the stars align and you can find yourself in a good seat this coming season.

Have you seen a Disney Broadway Show? Which is your favorite? Let us know in the comments below!