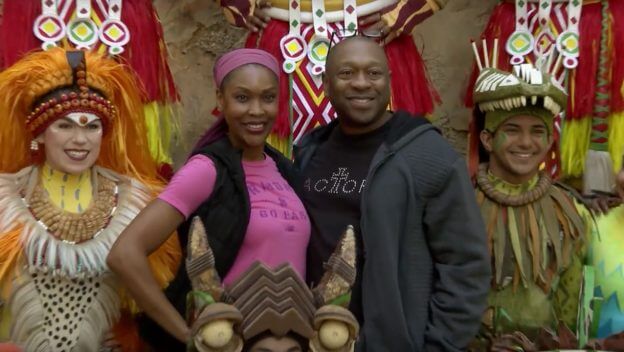 Alton Fitzgerald White, who plays Mufasa in the Broadway show, and Kissy Simmons, who plays Nala, seemed to thoroughly enjoy their time with the cast as well as the show itself.

Epcot International Festival of the Arts continues through February 19, with “Disney on Broadway” shows each Friday through Monday. For more information on the shows or the festival itself, visit Walt Disney World’s website.

Comments Off on VIDEO: “The Lion King” Broadway stars meet the cast of “Festival of the Lion King” at Disney’s Animal Kingdom