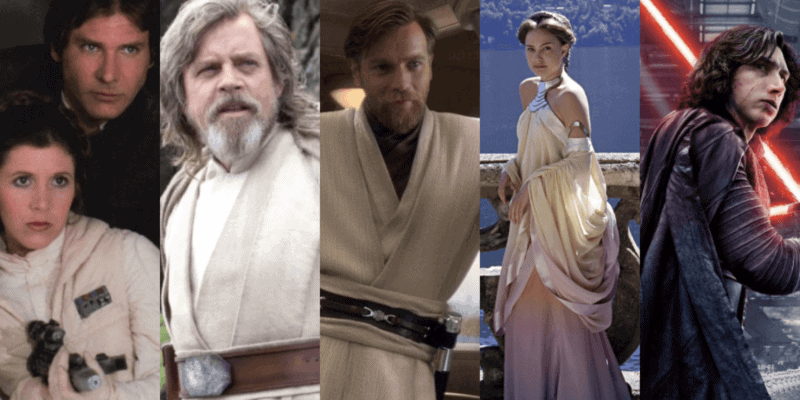 In true Jedi Master fashion, Obi-Wan Kenobi makes his coffee using the method that requires the most patience and focus (no instant grounds for this Jedi Knight).

Plus, we all know Obi-Wan has an affinity for the finer things in life after he deemed the blaster shot that killed Grievous to be “so uncivilized.”

Kylo Ren, unsurprisingly, would choose to make his coffee in an AeroPress. The device basically looks like it was designed for him. Are we sure nobody on the AeroPress staff is a Dark Jedi?

Speaking of Poe, his preferred coffee brewing method is equal parts rustic and high-maintenance, just like our favorite Resistance pilot.

Dameron undoubtedly would keep buying Chemex coffeemakers regardless of how many he broke, just to prove that he’s as good at the complicated brewing method as he is at flying an X-Wing.

We’re not remotely surprised that Queen Amidala (AKA Padmé) would use what appears to be the most complex cold brew system known to mankind (and probably Mon Calamari-kind and Wookiee-kind as well).

The device looks as complex as Padmé’s hairstyles, but we have no doubt she’d have it mastered, just like she did the art of diplomacy.

Han Solo, who has patience for nothing and no one not named “Leia Organa,” simply doesn’t have time to make hot coffee like a normal person.

Instead, he would fill a leftover bucket on the Millennium Falcon (possibly washed beforehand, possibly not) with full-strength cold brew and drink it by the cupful. Poor Chewbacca.

Han’s one-and-only, the indomitable Leia Organa is, as one might expect, “fueled entirely by a passion for global democracy and needs no additional stimulants.”

Come to think of it, we don’t remember Princess Leia even once requesting a cup of caf…

We’re fairly certain there are no Starbucks on Ahch-To, so it serves to reason that Luke Skywalker would turn to natural living following his relocation to the island planet.

As a matter of fact, it doesn’t get much closer to nature than spending your daily life in a cave making “matcha tea with the whisk and everything.” You do you, Luke.

Do you agree with how your favorite Star Wars character would drink coffee?

Star Wars Day is fast approaching and the ITM team is getting you ready to celebrate in true Jedi (or Sith, if that’s your thing) style. We’ve already rounded-up some of the best activities you can do at home on May 4th and provided you with a recipe for the cutest D-O droid cookies you’ve ever seen.

Even Disney+ is giving the Star Wars fan community something to look forward to on Star Wars Day this year. The series finale of Star Wars: The Clone Wars will air and Disney Gallery: The Mandalorian will premiere, giving fans a behind-the-scenes look at the popular original series.

Keep checking back for more recipes and activities that will get you in the Star Wars spirit this week!