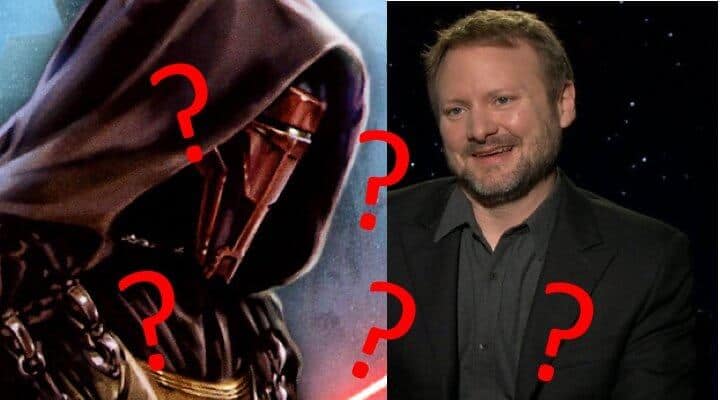 The worldwide pandemic has taken its toll on the film industry, and unfortunately, Walt Disney Studios is no exception. Mulan and Black Widow have both been put on hold, while Artemis Fowl has been shifted to Disney +, where Pixar’s Onward enjoyed fast-tracked success too.

However, one franchise that has stayed shockingly quiet amidst the pandemic has been everyone’s favorite Galaxy Far, Far Away: the universe of Star Wars. There is still currently no word on whether Star Wars 2022, whatever it may be, will have its release date pushed back. Indeed, there is still no word what it’s about either; a Rian Johnson trilogy part one? A Clone Wars tie in? A Mandalorian adventure on the big screen? The sky (and your imagination) is the limit.

So, with this in mind, here are our best bets as to what Star Wars 2022 could be.

After Game of Thrones showrunners, David Benioff and D.B Weiss bailed on the Star Wars franchise last year, The Last Jedi director Rian Johnson is one of the few names still on the Star-board. His divisive take on the franchise angered many fans, but given free rein on a new trilogy; who knows? Maybe he’d make the best Star Wars since The Empire Strikes Back. He did give us Porgs after all…

Just last week we reported that writer Jon Kasdan thought a return to the adventures of Alden Ehrenreich’s Han Solo is pretty unlikely. It underperformed pretty hard for the mouse, though it did release just months after Johnson’s Episode Eight. Even CEO Bob Iger agreed that the franchise was churning out too much too quickly. With a three year gap since The Rise of Skywalker, perhaps this is the perfect time to check in on ol’ (or, young) Han and Chewie.

We haven’t heard much about Feige’s involvement in the franchise since it was announced that he’d helm a future film. Could Star Wars 2022 be that film? Feige’s work as the architect of the MCU is certainly impressive, and he’s clearly a passionate fan of all things nerdy. Perhaps he’s the man to please both the fans and the commercial audience, something the franchise struggles to do lately.

The darling of the Star Wars fandom seems unlikely to be the subject of Untitled Star Wars film, unfortunately. Particularly with the announcement of the High Republic series of novels and comic books, it seems anything set in the past is going to focus on that period and those characters. Have you seen that concept art though? A Wookie with a lightsaber? Um, yes please.

Remember when Boba Fett was getting his own movie? Was I the only one who was genuinely excited about that? Well, since the comparative box office failure of Solo, the ‘Star Wars Story’ angle seems to have been quietly swept away by Lucasfilm. With that said, Ewan McGregor’s Obi-Wan Kenobi is of course getting his own series, so perhaps this isn’t so farfetched.

What do you want the next Star Wars film to be about? Could you see Disney pushing its release date back? Should Kathleen Kennedy and co take inspiration from Kevin Feige’s Marvel Studios, or should Lucasfilm do its own thing? Let us know in the comments below.