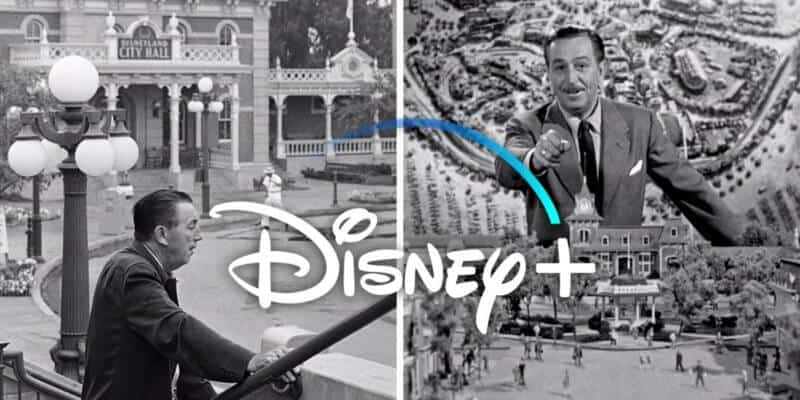 If you can’t go and visit Walt Disney World Resort or Disneyland Resort to see Mickey Mouse or see either Cinderella Castle or Sleeping Beauty Castle in person, we can pop on some Disney+ and stream some shows and films that will make us feel as if we are really there.

From informative documentaries to fun-filled series, Disney+ has a library of content filled with various selections. If you are missing the Disney Parks as much as I am, check out these content pieces.

We get to see Walt Disney himself in action building and creating the theme parks, the Disney Parks Cast Members who work tirelessly day in and day out to create magic for the guests, and see how the Imagineers use their creativity to build new and innovative attractions year after year.

One Day At Disney

One Day at Disney is a documentary film, produced by Disney Publishing Worldwide and Endeavor Content as an exclusive release streamed on Disney+ beginning December 3, 2019. The feature length film is followed by 52 additional short segments, released as a series of episodes weekly on Disney+.

This 2013 Disney film takes viewers into the story of how Mary Poppins came to be. Starring Emma Thompson as P.L. Travers and Tom Hanks as Mr. Walt Disney himself, this film will showcase the story behind the beloved Disney Classic film as well as the relationship between Disney and Travers.

There are scenes in the film that show Disney taking Travers on a tour of Disneyland, which is sure to make you feel as if you are really there!

Spurred on by a promise he made to his daughters, Walt Disney (Tom Hanks) embarks on what would become a 20-year quest to obtain the movie rights to Mary Poppins. The author, P.L. Travers (Emma Thompson), proves to be an uncompromising curmudgeon who has no intention of letting her beloved characters become mangled in the Hollywood machine. However, when the books stop selling and she finds herself in need of money, Travers reluctantly agrees to consider Disney’s proposition.

What’s more magical than the Disney theme parks? Why — Disney during the holidays, of course! Thanks to this behind-the-scenes Freeform special (available on Disney+) viewers can get an inside look on all the holiday secrets that take place at Magic Kingdom — Including both Christmastime and Halloween!

How does the most magical place on earth become the merriest place on earth? Go behind the scenes to find out what it takes to transform the Disney Parks and Resorts into spectacular winter wonderlands and spooky Halloween haunts. Journey through the magic of Disney with special celebrity hosts

Disneyland: Around the Seasons

Do you remember Walt Disney’s Wonderful World of Color? If so, you can rewatch one of the episodes on Disney+ called Disneyland Around the Seasons. This is the very first episode that aired right after Walt Disney’s death, making it one of the most historical television episodes ever.

Walt Disney talks about the changes taking place at Disneyland Park and leads us on a tour to point out the newest rides, attractions, and adventures. This program is presented as originally created.

So, which one of these Disney+ pieces will you be watching first to get your Disney Parks fix? Let us know in the comments.

Comments Off on Missing The Disney Parks? Watch These Disney+ Shows and Films!