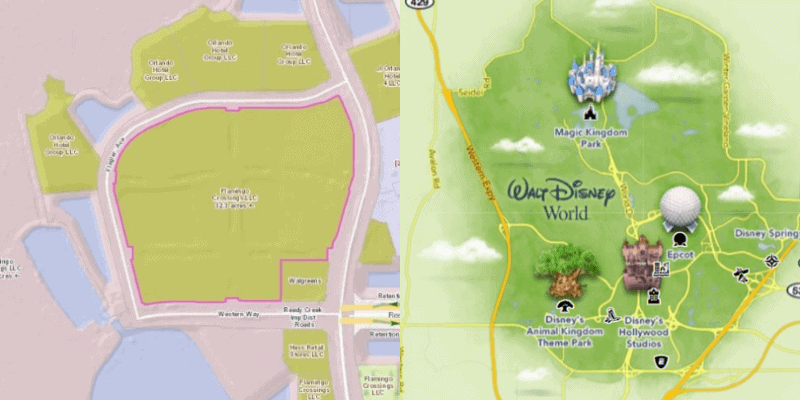 Disney has filed more construction permits this month, and the latest is regarding the Flamingo Crossings development just west of Walt Disney World.

We do not yet know who will occupy the “new shell buildings” that the permit is for. We do know, however, that Walt Disney Imagineering is listed as the owner, and Hoar Construction has been contracted for the work. The permit also states several addresses on streets that do not yet exist, including “Ambersweet Lane,” Sugar Belle Drive,” and “Ruby Red Place.”

You can view the permit in full here.

The location of the yet-to-be developed Flamingo Crossings property is adjacent to several hotels under construction — including Residence Inn by Marriott, Fairfield Inn by Marriott, Homewood Suites by Hilton, and Home 2 Suites by Hilton — and just a short distance from what will become Disney College Program housing. Coming soon to the Flamingo Crossings area are a slew of eating and lodging locations. 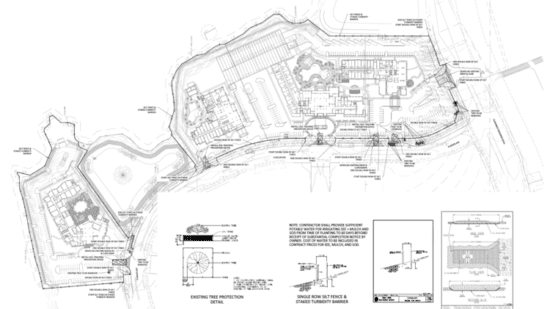 “Target, who recently announced a creative retail collaboration with Disney, will serve as the primary anchor. Tenants representing PDQ, Bento Asian Kitchen + Sushi, Five Guys, Ben & Jerry’s and Dunkin’ brands are among the first tenants to secure locations in the retail hub, and a Walgreens will soon be under construction on a outparcel,” Disney said in a release last year.

Even though the theme parks are temporarily closed until further notice because of health and safety concerns amid the current pandemic, that doesn’t mean Disney isn’t looking ahead to the future of Walt Disney World Resort. The Florida Disney hub is continuing to expand and add many new offerings, and this permit is not the only one that has been filed recently while Disney World is closed.

Disney recently filed permits for the new DVC resort that will be right near Magic Kingdom: Reflections – A Lakeside Disney Lodge. Those permits include one that will presumably be for the Princess and the Frog-themed restaurant that was announced at D23 Expo in 2019. Permits have also been filed for EPCOT’s Play! Pavilion and Guardians of the Galaxy coaster.