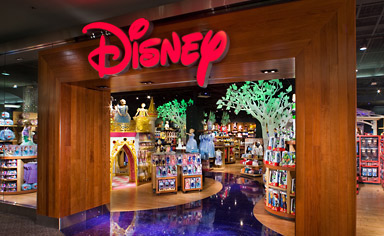 The long-discussed Flamingo Crossings complex near Walt Disney World finally started becoming a reality last year, and now The Walt Disney Company has revealed plans for a value-oriented retail center in the area.

ICSC attendees were shown a concept plan depicting 29 retail and restaurant buildings across approximately 45 upland acres. Development for the area bounded by Flamingo Crossings Boulevard and Flagler Avenue will take place in three phases. According to GrowthSpotter, Disney may offer land leases or lease building shells. This plan doesn’t include the 154 acres south of Western Way, which is reserved for 1,300 student apartments for Disney’s college intern program and another 150,000 square feet of commercial real estate.

The new Flamingo Crossings retail center supports two existing hotels in the area and five hotels planned for the coming years. The area is currently home to a SpringHill Suites by Marriott and TownePlace Suites by Marriott, which opened in early 2016 and were developed by JL Properties. The company is planning a Hampton Inn & Suites as their third hotel in the Flamingo Crossings area.

Disney first announced the Flamingo Crossings project in 2007, but it was put on hold due to the economic recession. The area is located half a mile from the western entrance to Walt Disney World. Close proximity to the parks mean hotels at Flamingo Crossings are a good option for budget-oriented tourists and teams participating in events at the ESPN Wide World of Sports Complex.

Phase I of Flamingo Crossings retail construction is expected to begin in 2018.