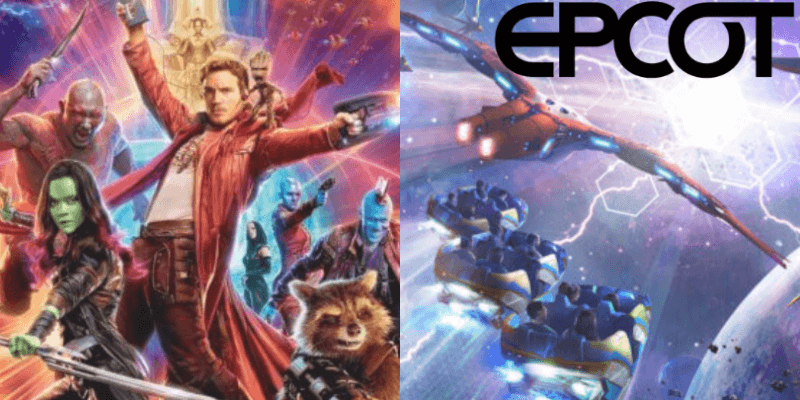 Construction at Walt Disney World may have been halted due to the present circumstances, but that doesn’t mean progress still is not being made on those park projects. Case and point, we’ve learned that Disney recently filed permits for impressive and essential components designed for EPCOT’s upcoming Marvel attraction, “Guardians of the Galaxy: Cosmic Rewind.”

Three permits call for the installation of Lighting Controls – Low Voltage Terminator, graphics, entrance and set structures, and to fabricate and install pieces.

Guardians of the Galaxy: Cosmic Rewind will be a roller coaster in Future World and one of the key new attractions for EPCOT’s major overhaul. While on the track, we learned last year that the ride vehicle will rotate in order to draw the rider’s attention to particular parts of the story, unlike other more conventional ride vehicles whose fixed vehicles leave having to turn and focus otherwise.

The permits also tell us which companies Disney is partnering with on these components. The contractors include Icarus Exhibits, Inc. (Disney hired them to work on TRON Lightcycle Coaster), and Pro Sound and Video (Disney hired them to work on Pandora: The World of Avatar). Looking at their past work and the fact Disney World decided to work with them again makes us get out hope up even more.

Seeing Disney file for these permits is a positive sign that the actual fabrication and installation of these components into the actual ride cannot be far behind. The designs are finalized, the contractors are chosen, all we need is the green light to bring it all together. One can only hope that permits can still be approved during this time. Other EPCOT attraction projects currently in progress include Remy’s Ratatouille Adventure in the France Pavilion of World Showcase, a Moana-theme attraction, and a Mary Poppins-themed attraction bound for the U.K. Pavilion.

These are also not the only permits to be filed by Disney World recently. Other permits for what looks like a Princess and the Frog-themed restaurant at Reflections – A Disney Lakeside Lodge were also filed. Click here to read our coverage of that story.

Are you excited for Guardians of the Galaxy: Cosmic Rewind? Let us know in the comments!

Comments Off on Disney Park Progress: Permits Filed for EPCOT Guardians of the Galaxy Attraction