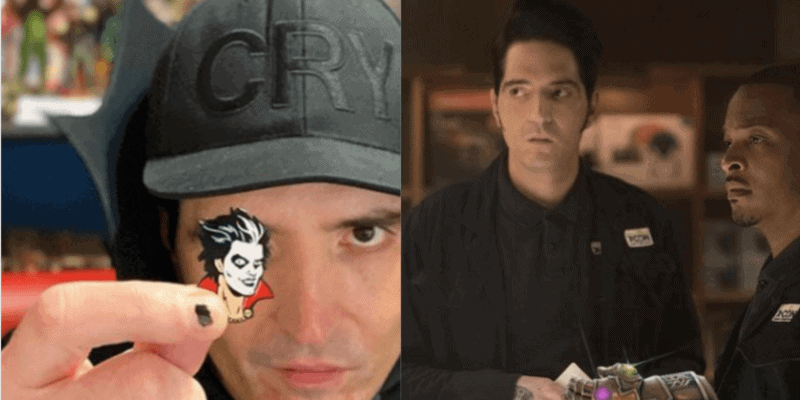 Amid the coronavirus pandemic, even the most profitable small businesses have been struggling. Local comic shop and indie bookstore retailers have been hit particularly hard.

Since they aren’t considered essential businesses in most municipalities, they are unable to sell customers the graphic novels, comic books, and other publications they currently have on the shelves and nearly all new comic releases have been postponed.

That has led David Dastmalchian, who plays Kurt in Marvel Studios’ Ant-Man and Ant-Man and the Wasp, to take action to help support independent retailers who are currently having trouble making ends meet.

Excited to help #Creators4Comics raise money for comic shops & indie bookstores! Bid NOW on a set of 3 LIMITED #CountCrowley enamel pins AND a secret PROP I swiped from the set of @AntMan & The Wasp! (hint: it fits in a wallet) STARTING BID $30! Bid by REPLYING to this Tweet. pic.twitter.com/lOVM829q7r

Dastmalchian took to Twitter to tell his followers about the comic memorabilia he is auctioning off in a bid (literally) to support comic book stores and indie bookstores during this trying time.

The actor posted, “Excited to help #Creators4Comics raise money for comic shops and indie bookstores! Bid NOW on a set of 3 LIMITED #CountCrowley enamel pins AND a secret prop I swiped from the set of Ant-Man & the Wasp!”

Other Marvel Cinematic Universe stars have been supporting charitable causes during the pandemic as well. Chris Evans, who plays Captain America in the Avengers film franchise, read a children’s story to bring awareness to childhood hunger while schools are closed around the nation.

Samuel L. Jackson, who plays Nick Fury, has also used social media to encourage his fans to stay home until the pandemic spread is stemmed.

How do you plan to support comic shops while they are closed? Tell us what charitable causes you love in the comments!

What’s next for the MCU?

Although filming for any new Marvel movies is currently halted, MCU fans have a lot to look forward to in the next couple of years. Rumor abound that John Krasinski could play Reed Richards (Mr. Fantastic) in the Fantastic 4 reboot.

Black Widow is still set to release later this year after its original theatrical release was postponed and Captain Marvel 2 has been moved up in the re-arranged Marvel film release schedule.

On TV, WandaVision, featuring Scarlet Witch and Vision, is set to premiere in December 2020.

Comments Off on David Dastmalchian Auctions “Ant-Man” Memorabilia He Swiped From the Set!