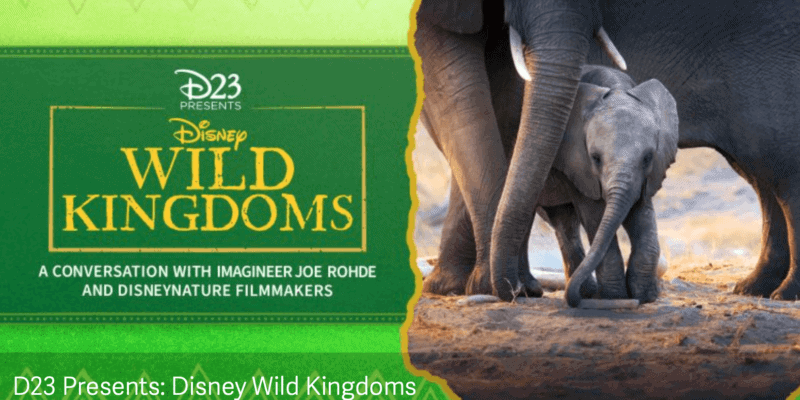 This week is a very exciting week for Disney — Not only is tomorrow the twenty second anniversary of Disney’s Animal Kingdom Park, but it’s also Earth Day!

Disney is always one to widely celebrate Earth Day with week-long park festivities due to the heavy emphasis the company places on conservation efforts — especially through the Animal Kingdom Park in Orlando, Florida.

Out of all of the different events, many people were excitedly anticipating the Tiffin Talks dining experience — featuring well known Disney imagineer Joe Rohde. This event was set to take place numerous times at the Tiffins Restaurant in Animal Kingdom, between April 19th and 24th. However with the Walt Disney World Resort Closure, Disney has worked to bring the Earth Day festivities to us all at home.

What was initially a paid dining experience, has now become a free virtual event that anyone can tune into. It’s amazing events like these that remind us just how much we love Disney. Presented by D23 — the official Disney fan club — Disney Wild Kingdoms will be a conversation on how Disney’s continuous spotlight on conservation has and will continue to inspire new generations.

The event will include Joe Rohde, who was set to host the now cancelled Tiffin Talks, as well as a series of creative leads who’ve worked on the Disney Nature films.

Here is the official lineup of guests who will chat with host Kevin Kern, of the Walt Disney Archives:

Here’s Where You Can Watch This Live-Stream

You can tune into this live-stream on Friday April 24th at 7pm ET/ 4pm PT. Click the following links to watch the stream either on Youtube or Facebook.

Will you be tuning into this special Earth week event on Friday?