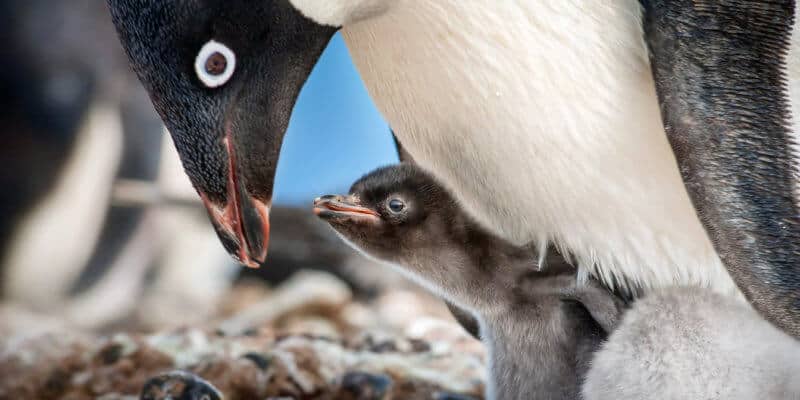 As Disneynature celebrates 10 years since its first feature-film debut, its newest conservation initiative “Penguins” is coming to Theatres April 17, 2019.  For every ticket sold opening week (April 17-23, 2019), Disneynature will make a donation to the Wildlife Conservation Network (WCN) to help protect penguins across the southern hemisphere.

To capture the amazing footage for “Penguins,” a team of the best polar experts in the world traveled to four different locations over the course of three years for a total of nearly 900 camera days. Temperatures dropped below -40 degrees on several occasions and winds twice topped 150 mph while filmmakers were on location. Their efforts resulted in the extraordinary story of Steve a penguin who’s working so hard to thrive in this world and promises to charm audiences everywhere.

“Antarctica is one of the few areas in the world that most people will never have an opportunity to see firsthand,” said Roy Conli, one of the producers of “Penguins.” “It’s one of the most remote and harshest environments on Earth—but its stark beauty is breathtaking. Cultivating an understanding and appreciation of the area, the surrounding oceans and the animals who live there is essential to the future of our planet. That’s one of the reasons I love sharing the story.”

“Penguins” will be the first-ever Disneynature film released in IMAX. The film will be digitally re-mastered into the image and sound quality of the IMAX EXPERIENCE with proprietary IMAX DMR (Digital Re-Mastering) technology.