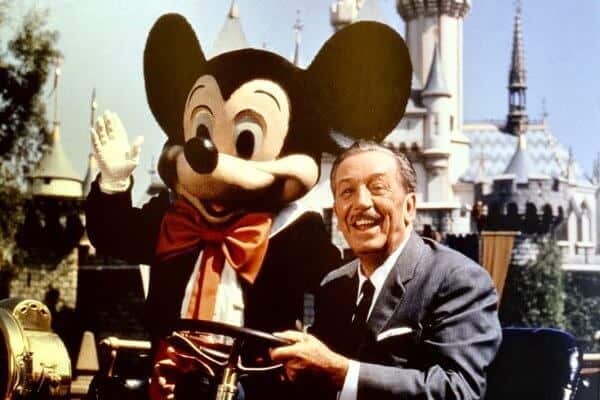 During times of stress and worry, when we aren’t sure what will happen next or we’re down in the dumps, we try to look on the bright side of life and try to find a way to carry on positively. One person who taught us the importance of this is Walt Disney himself, the founder of The Walt Disney Company and the man whose vision led to the creation of Disney Parks and Resorts worldwide. The biggest lesson Walt Disney taught us was to choose optimism — and we can implement this lesson in our daily lives, no matter what hardships come our way.

“I always try to look on the optimistic side of life,” Walt once said. And if he could get through his greatest life challenges, we know we can get through the struggles we deal with every day.

The Disney Institute shared a little more information about Walt Disney’s journey, reminding fans that not everything came so easily to him. And when Walt was first starting out, he had to face a lot of “No”s before he found his “Yes”:

As the story goes, it was 1928 at Union Station in New York City. Walt Disney had just concluded business meetings there and was about to board a train for the three-day journey back home to California. Before departing, he sent a telegram to his older brother and business partner, Roy. It read: “Don’t worry, everything okay, will give details when I arrive.”

What the telegram did not say was that Walt had essentially just lost everything. He was in New York to negotiate a new contract for distribution of his cartoons featuring his hit character, Oswald the Lucky Rabbit. Upon arrival, Walt found that his distributor, who held the rights to Oswald, had hired away most of Disney’s animators to start a new studio and produce the cartoons without Walt.

With no contract, no income, no product, and no animators —Walt sent the telegram, boarded his train, and headed west with three days to figure out what and how to tell Roy. But rather than brood the entire time, Walt did the opposite. He took out his sketchbook and got right back to work, creating an entirely new character who not only had the slapstick humor that had made Oswald so famous; he had a heart, and a soul, and he was a mouse!

Walt overcame many obstacles when he was first starting out. He had hardly any money and support — and truly, he relied on his own passion for his dreams and his unfaltering optimism to get him through his darkest times. His creation of Mickey Mouse was born out of necessity and longing for something that was all his own — but his optimism during this time propelled him to use a positive outlook in the decades that followed.

Walt went on to build the company we love so much today — The Walt Disney Company — and his optimism led to countless Disney classics (including Snow White and the Seven Dwarfs, the first feature animated film!), remarkable characters, admirable princesses, and of course the Disney Parks, the most positive places on earth. What would our world be without theme parks like Disneyland or EPCOT?

As the Fairy Godmother says in Cinderella, “Even miracles take a little time.” We may not know how long it may take us to achieve our dreams, but believing in ourselves and facing life with a positive attitude can definitely help us along the way.