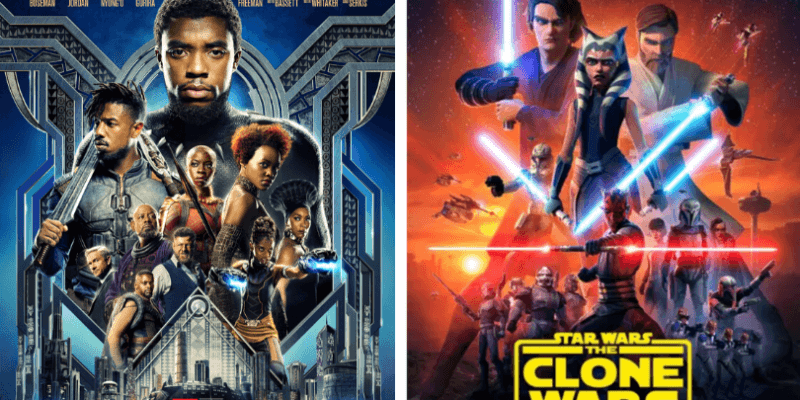 Disney+ released the line up for movies and TV shows you can expect to be streaming in March 2020. Subscribers will finally see the arrival of movies like Marvel’s Black Panther, the premiere of new Disney+ original show Stargirl and the continuation of Disney+ favorites like Star Wars: Clone Wars, Diary of a Future President, and Disney’s Fairy Tale Weddings

Here is your complete list of new Disney+ for the entire month of March:

What are you looking forward to watching most on Disney+ in March? What movies or TV shows are you still waiting to see on Disney+? Let us know in the comments!

Comments Off on “Black Panther,” “Clone Wars,” “Stargirl” and More Coming to Disney+ in March!