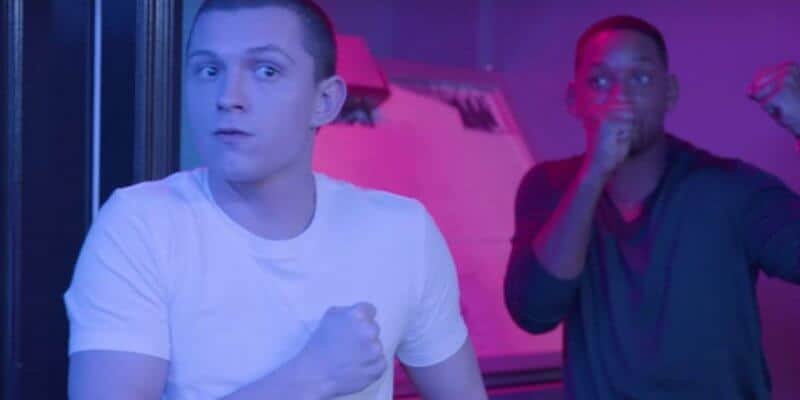 Star Wars: The Rise of Skywalker officially hits theaters today, December 20, 2020, but that’s not the only movie that Disney has hitting the box office for the holidays.

Spies in Disguise is an animated film from Blue Sky Studios, which Disney inherited thanks to its 20th Century Fox acquisition, and the voice cast is out of this world.

With both Will Smith and Tom Holland voicing two of the main characters, we can expect Spies in Disguise to be hilarious and entertaining.

Before the release of the new film, Will Smith took to his YouTube channel where he posted a video of himself alongside Tom Holland attempting to solve an escape room. And what makes this even better is the fact that this was the first time Will Smith and Tom Holland met even though they have been working on the film for two years!

“Our characters have all of this spectacular chemistry,” Smith said in the video. “And literally this is the first time we’ve ever met…We literally didn’t have one session together.”

“I feel I’ve met you because I’ve grown up watching your films,” Tom Holland said.

Though they didn’t meet each other until this session, the chemistry between the two instantly took off. They even made plans to play golf together sometime in the future, but that is when things take a turn.

The lights dim, the music starts up, and a man who looks almost like The Joker mixed with a magician appears behind Tom Holland. And that’s when the escape room began.

Both Smith and Holland were led into separate rooms (which they didn’t know would happen), which is when Smith jokingly suggested to Holland that he “should use his spidey senses to get them out of there”.

As the duo began to find clues, and grow their chemistry, even more, Holland says to himself, “I feel like James Bond, man, this is sick.”

Needless to say, watching the pair meet for the rest time and attempt to escape the room is utterly hilarious and extremely entertaining. I would love to hang out with this duo one day. Who knows what would happen!

You can watch the full video of Will Smith and Tom Holland attempting the escape room below.

Do you plan on seeing Spies in Disguise in theaters? Let us know in the comments.

Comments Off on VIDEO: Watch Will Smith and Tom Holland Attempt to Solve an Escape Room