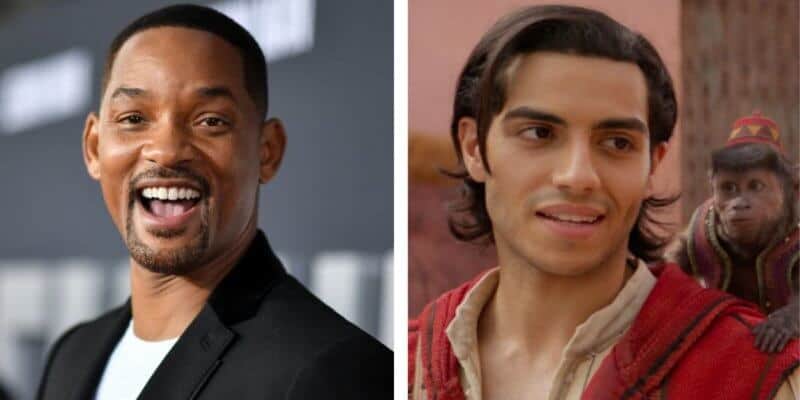 We recently reported that Mena Massoud, who played the lead role of Aladdin in the live-action remake recently, had just opened up in an interview with The Daily Beast about how he has been trouble finding work since the film debuted.

Aladdin was a huge success for The Walt Disney Company as it broke records and earned more than $1 billion. And ever since, even despite Aladdin being one of the biggest films in 2019, Massoud said he hasn’t had a single audition.

And now, one of his Aladdin co-stars is speaking out about Massoud’s claims. The one and only, Will Smith, who played the iconic role of Genie in the live-action remake.

Smith, who was on the red carpet for his upcoming animated film, Spies in Disguise, told Variety “He is a spectacular actor, and he has nothing to worry about.”

Massoud will soon appear in Hulu’s upcoming series Reprisal, but he actually booked that role before Aladdin debuted, therefore, he still has not had a single audition since Aladdin hit theaters.

“It’s wild to a lot of people,” Massoud also said. “People have these ideas in their head. It’s like, I’m sitting here being like, OK, Aladdin just hit $1 billion. Can I at least get an audition? Like I’m not expecting you to be like, here’s Batman. But can I just get in the room? Like, can you just give me a chance? So it’s not always what you think.”

Smith is going on to star in the animated film, Spies in Disguise, and Naomi Scott, who played the role of Princess Jasmine, is starring in the reboot film Charlie’s Angels.

We love how supportive Will Smith is of his co-star, but are you surprised to see Massoud without an audition since the film debuted? Let us know in the comments.