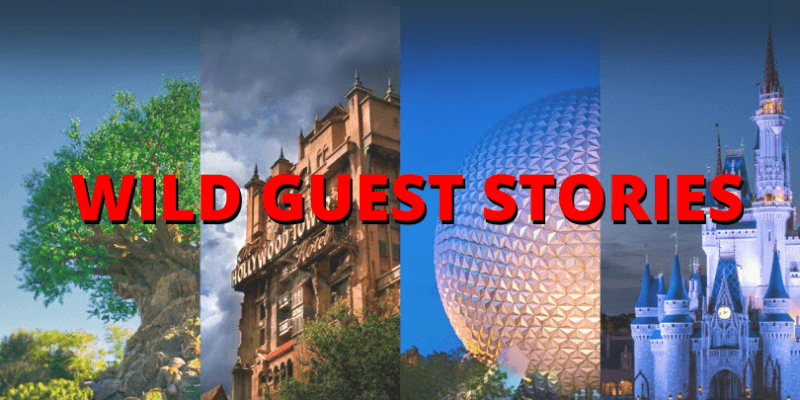 Another year has come and gone, which means another epic and exciting year for the Disney Parks is in the books! Walt Disney World is the Most Magical Place on Earth, full of incomparable attractions, pixie-dusted experiences, and an overall enchanting atmosphere that takes us out of reality and tells us everything will be okay. But that doesn’t mean that this magical world of fantasy and adventure is immune to real-world issues.

Keep in mind, though, that if you ever experience anything like this — or even an incident that is by far less extreme but still uncomfortable — we encourage you to reach out to any Disney Cast Member or contact Walt Disney World Guest Services. Disney strives to make the parks and resorts happy, enjoyable, and most importantly safe for everyone.

A woman reported being hit by a wet substance while she was waiting in the queue for the Flight of Passage attraction at Pandora – The World of Avatar in Disney’s Animal Kingdom. The report states that the woman was standing in line when she felt a wet substance on the back of her leg, only to witness a man urinating in line behind her. The woman reported the incident to a Disney Cast Member. After, the man was banned from the park for the rest of the day, and the woman was given a change of clothes.

In early 2019, an elderly man at Disney’s Animal Kingdom reportedly pointed a gun at a couple who allegedly tried to claim a disabled parking spot in the Disney parking lot. The police report states that during the altercation, the man in the vehicle that allegedly cut off the elderly man and his wife had raised his fist at the elderly couple, and the elderly man responded by allegedly pointing a handgun at the couple in the opposite vehicle.

Great-Grandmother Arrested for Having CBD Oil at Walt Disney World

This spring, a great-grandmother was stopped by security in front of the Magic Kingdom theme park for possession of CBD oil. The 69-year-old woman was arrested with a felony charge and had a 12-hour stay in a local jail before posting bail. Although the CBD oil was allegedly recommended by the woman’s doctor, it is against Disney policy to be in possession of CBD at the theme park.

Over the summer, a guest at Disney’s Hollywood Studios was upset that she didn’t have a FastPass for the Tower of Terror attraction. The woman and the group she was visiting with became heated when they realized they couldn’t use the FastPass line for the attraction, and when a Disney Cast Member called for assistance, they were even more agitated. The woman ended up punching the Disney World Cast Member in the face and pushing buttons on the Cast Members podium, which could have affected the ride operations and the safety of others. The guest has since been banned from Disney World for life.

A fight broke out between Magic Kingdom guests at the Space Mountain attraction after a 44-year-old woman was accused of cutting the FastPass line. The woman began arguing with a couple before the fight became physical and she was allegedly elbowed and punched in the face. After riding the attraction, the woman alerted her husband, who began chasing the couple in his wheelchair and allegedly hit the other man in the chest. The woman’s husband has since been banned from Disney World.

Another guest altercation occurred at Magic Kingdom this year, but this one was because of a turkey leg. A woman reported that she was “mildly” pushed by a stranger when they got into an argument over a turkey leg. Apparently the argument ensued because the woman had been dropping pieces of meat on the ground as she was eating and walking around the theme park. A man confronted her about it, the October incident report states.

Finally, unbeknownst to the rest of us, some Walt Disney World theme park guests have been sending bizarre photos to strangers all year. If you are an iPhone user, you are likely familiar with AirDrop, the ability to send and receive photos and other attachments without needing to have a person’s phone number. The AirDrop capability uses Bluetooth, so if your phone settings allow you to send and receive images to and from everyone — not just your own personal contacts — then you could run into the issue of receiving bizarre images from random people at Disney World. Or at least, that’s what happened to Disney guests who reported receiving strange, uncalled for images while on vacation. Guests have reported receiving images of a dog’s rear end, “a little boy without a nose being held by an older male,” screengrabs of a character from a kid’s television show who was covered with spaghetti, and even more odd ones. Sometimes deputies are able to find who sends the images, while other times it remains a mystery.

There you have it — some of the wildest Disney World guest stories from 2019. Have you ever experienced anything bizarre at a Disney Park? Let us know in the comments, and remember that if you see or experience anything out of the ordinary, report it to a Cast Member.

Comments Off on The Wildest Disney World Guest Stories from 2019