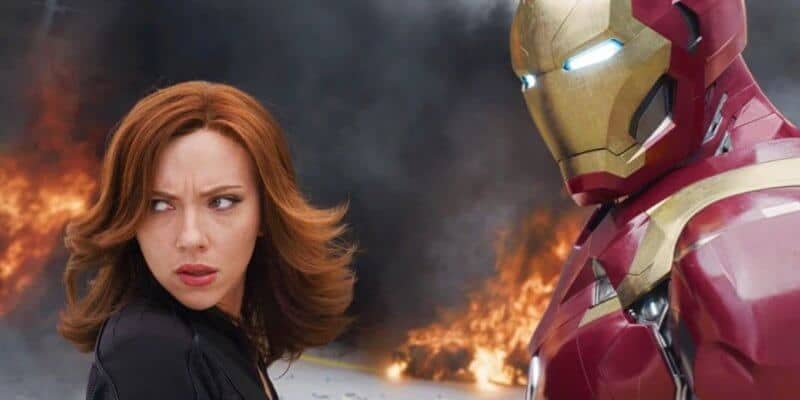 One of the most iconic superheroes actually inspired Scarlett Johansson to join the Marvel Cinematic Universe.

During a recent interview with Vanity Fair, the actress revealed that she was actually inspired to join the MCU after seeing Robert Downey Jr. in Iron Man in 2008.

“I just loved it. I’d never really seen anything like it before,” Johansson said. “It was not particularly that I was a fan of superhero stuff or that genre, but it seemed groundbreaking.”

Johansson ended up meeting director Jon Favreau when he was casting Black Widow for Iron Man 2, but to her disappointment, he ended up choosing Emily Blunt instead.

“I wanted to work with Marvel. It seemed like an exciting place to be,” Johansson continued. “And then that was it. You, know, life went on. I mean, I’ve certainly had enough experience of rejection.”

But Blunt actually had to pull out of the role due to a scheduling conflict so the part then went to Johansson. “I’m not one to hold a grudge or anything,” she said. “I was super excited about it.”

“And I met with Jon again, and we had a funny conversation about how he had not cast me. But I was excited. I was so stoked,” she continued.

Earlier in 2019, Johansson played the iconic role of Black Widow in the record-breaking movie, Avengers: Endgame. She also just finished filming for the upcoming movie about her character, Black Widow, which is scheduled to hit theaters in May 2020.

She also had smaller performances in two recent films Marriage Story and Jojo Rabbit, which are creating a lot of buzz, resulting in Johansson to be widely considered a contender for best actress.

“I worked really hard for a really long time,” Johansson said.  “So maybe this is the result of that. I definitely am the type of person who’s always waiting for the other shoe to drop, but I’m learning to change that habit.”

Are you surprised that Iron Man-inspired Johansson to join the MCU? Let us know in the comments.

Comments Off on Scarlett Johansson: “Iron Man inspired me to join the ‘groundbreaking’ MCU”