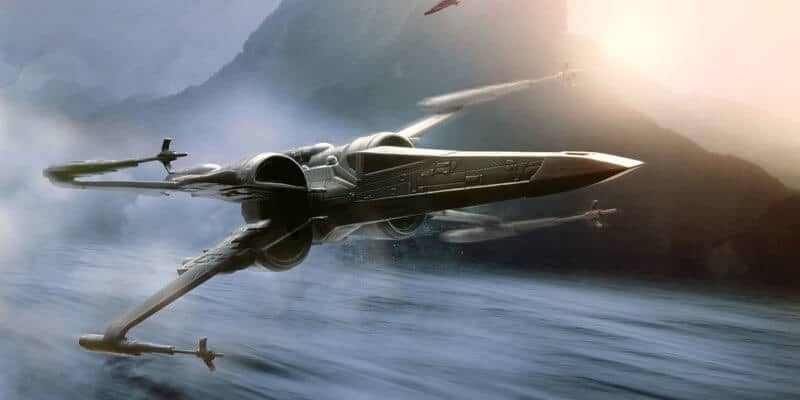 December 5 will be a pretty memorable date for fans of the galaxy far, far away. That’s because it marks the opening of the Rise of the Resistance attraction at Star Wars: Galaxy’s Edge at Hollywood Studios at the Walt Disney World Resort in Florida.

The new Star Wars-themed land opened at Disney World on August 29 with only one attraction in operation–Millennium Falcon: Smugglers Run. It was later announced that the second attraction, Star Wars: Rise of the Resistance, would open on December 5 at Disney World and on January 17 at Disneyland in California.

Disney World held a lavish dedication ceremony last night in honor of the new attraction. The ceremony was live-streamed via the Disney Parks Blog so that fans everywhere could get in on a piece of the excitement over the new ride. Perhaps one of the most exciting things Guests experienced during the ceremony was a thrilling X-Wing flyover.

Last week, Inside the Magic reported that a flyover was a possible addition to the Rise of the Resistance attraction dedication ceremony. There had been that Disney might be testing new X-Wing drones the size of SUVs for use during the dedication. There was also talk about the drones being used only for the dedication and then retiring permanently. But there was no confirmation from Disney about any plans for drones or X-Wings. 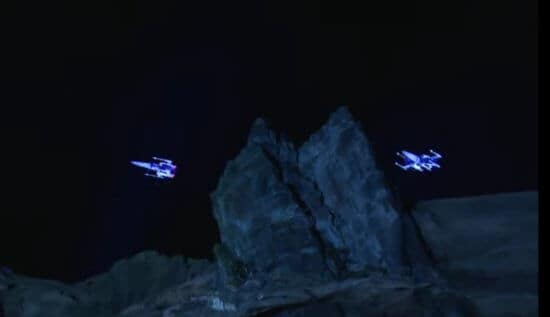 Tonight, however, Disney made good on those reports as two X-Wings flew high up over the crowd gathered at the Planet of Batuu at Star Wars: Galaxy’s Edge. Both drones hovered for a few seconds before disappearing back from where they came. You can watch the entire ceremony here, and if you are too excited to wait through the ceremony to see the drones, skip ahead to around the 6:00 minute mark in the video.

Bob Chapek, Chairman of Disney Parks, Products and Experiences spoke before a crowd eager to be among the first to try out the new ride while characters from Star Wars looked on behind him. The crowd was quite sizable and their excitement was palpable.

Star Wars: Rise of the Resistance officially opens at Disney’s Hollywood Studios today (which also happens to be Walt Disney’s 118th birthday), but Guests at Disneyland will have to wait until mid-January to experience the attraction there. And we’re hoping that instead of rushing into an early retirement, those giant X-Wing drones will play a part in the dedication ceremony at Star Wars: Galaxy’s Edge at Disneyland next month as well.

The new Rise of the Resistance attraction promises to be one of the most immersive, interactive experiences at Disney World, combining the latest in ride technology with state-of-the-art audio animatronics and thrilling special effects.

Have you already visited the planet of Batuu, or have you been waiting for the opening of the Rise of the Resistance attraction? Let us know in the comments below.