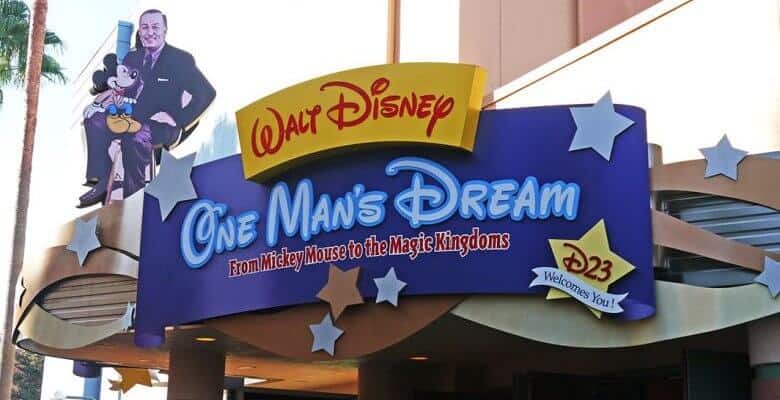 A Disney collector residing in Central Florida recently came across a photo potentially showing Walt Disney outside of his childhood home. The photo has since been sent to the Walt Disney Archives, and while the resident who purchased the photo believes it to be a valuable piece of history, the authenticity of the item may be up for debate.

Gary German claims to have purchased the photo from a store on Walt Disney World property that is only accessible by Disney Cast Members and their guests. One area of the store sells items from the theme parks, with pieces that typically include furniture, dinnerware, and decor pieces. According to German, [he] “spotted this little small box. It had a bunch of things it looked like from the twenties, Art Deco kind of stuff. Had a pen holder for an old vintage pen and it had a really cool brass frame and there was a picture of a child in there and [he] went, ‘well that’s very different and odd.”

The purchase apparently cost German only $20, and upon bringing his new collector’s items home he took to the internet to figure out what exactly he had. After comparing what he believed to be a rare Walt Disney photo with other pictures of Walt along with his childhood home in Chicago, German concluded that what he had was the real deal.

German believes the photo could be valued in the seven figures range, with much of its perceived value coming from his thought that it could be the only photo of Walt outside his Chicago home- the only other known childhood pictures of Walt appear to be with his siblings in Marceline, Missouri.

Despite perceiving the find as being extremely valuable, German opted not to sell the piece and instead, he contacted the Walt Disney Archives. Although he filled out the necessary paperwork and sent the photo back in September, he has yet to hear what has become of the item. And while no record of what the photo was used for came with his purchase, German believes it to be an artifact that was at some point misplaced from the Walt Disney Presents attraction in Disney’s Hollywood Studios.

WESH attempted to reach out to the Walt Disney Archives regarding the photo and received a message that their request was received and more information would be shared if it becomes available.

In the meantime, we’re wondering ourselves if the photo is legitimate. Any archival institution, Disney’s included, typically has a high standard of care for its collections, and it seems highly unlikely that a priceless artifact would end up in any kind of a store for $20. (Moreover, the portion of the store that sells items from Disney theme parks is accessibly only to Disney Cast Members with their IDs, not their guests, making it unlikely that German would have been able to make such a purchase.) It’s possible that the photo is a replica that was used in the theme parks, but if this is the case then the original photo likely already exists within the Walt Disney Archives.

What do you think? Do you think this Florida resident stumbled upon an authentic photo or do you have your suspicions about the piece? Let us know in the comments!

Comments Off on Did this Florida resident find a rare childhood photo of Walt Disney?