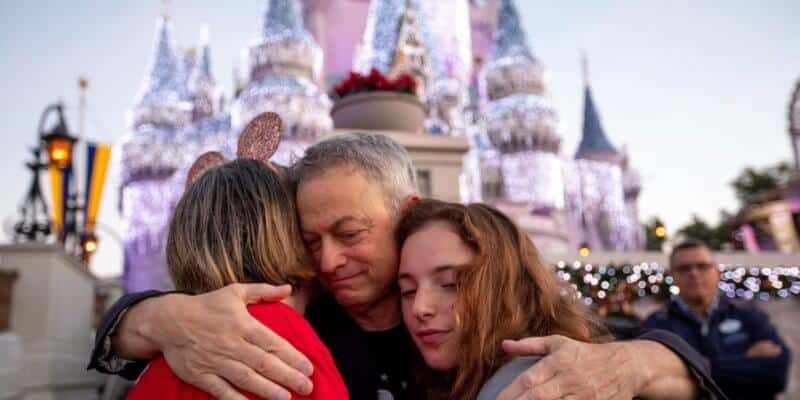 There’s nothing more magical than a Walt Disney World vacation, and the holidays are the most special time of year to visit the Disney Parks. Thanks to Gary Sinise and his Snowball Express, children of fallen soldiers were treated to the Disney trip of a lifetime, and now that the vacation has come to a close, we have plenty of photos to share of the entire experience.

“The holidays can be especially challenging for grieving families. Each December, we host a five-day experience for 1,750+ children of the fallen and their surviving parent or guardian. As a therapeutic retreat with a blend of fun and inspiring programs, these families can lean on their peers for support. And this year we’re bringing Snowball Express to Walt Disney World Resort!” the Gary Sinise Foundation describes the Snowball Express on the official website.

And from the photos, it’s clear to see that this trip was nothing short of magical. From families getting the opportunity to come together as a community for healing and togetherness to the fun-filled days they spent adventuring around the Disney theme parks, we can tell that the vacation was spectacular. The Gold Star Families consisted of 1,750 individuals who all share a commonality but who all deserve to feel as happy as possible during the holiday season. And with the help of Gary Sinise, his foundation, and the Snowball Express, they were treated to joy, laughter, and happily ever after at Disney World!

The Gary Sinise Foundation even shared a heartfelt message to Facebook in a post that shared photos of Sinise and the Gold Star Families marching down Main Street, U.S.A. in Magic Kingdom:

The Most Magical Place on Earth, Walt Disney World Resort in Orlando, Florida, pulled out all the stops this morning for Gary Sinise Foundation Snowball Express (GSF SBE) families who paraded down Main Street U.S.A. alongside Gary Sinise to the fanfare and applause of Disney cast members and many others inside the Magic Kingdom. With the Disney marching band playing tunes to add to the decibel of excitement, families of fallen military heroes were given raucous applause and cheered every step of the way as they approached the Magic Castle. The celebratory atmosphere hit its climax with a fireworks display that astounded children and families alike who marveled at the spectacle and reflected on the last few days of honoring their fallen loved ones.

The Gary Sinise Foundation would like to especially thank the following sponsors whose contributions to GSF SBE have made this year’s trip to Walt Disney World in Orlando, Florida a reality: American Airlines, Owens Corning, American Tire Distributors. #SBEGSF #SnowballExpress

Hundreds comments on the post, including Walt Disney World Resort guests, Cast Members, and even parents of children who had the opportunity of going on the trip.

“Thank you Mr. Sinise. I am a cast member at WDW, and I had the pleasure of meeting some of the families you brought here, and I felt so privileged to have had that opportunity. Thank you for all you do. And thank you to the families whose loved ones have given the ultimate sacrifice. You are all in my prayers,” wrote Lenay Darcy Moore.

“Thank you to everyone involved in creating such an amazing trip. Being able to see my son open up and find comfort in the company of other kids who know first hand what he’s been through is priceless. Sharing time with other parents who know what I’ve been through is such a relief and comfort,” wrote Revillie Trenary.

Take a look at some of the photos of the annual Snowball Express trip to Walt Disney World, including images of Sinise himself interacting with the children and families he brought to the Most Magical Place on Earth.

If you want to find out more about the Snowball Express and the Gary Sinise Foundation, visit the official website here.

What do you think of Gary Sinise’s Snowball Express and the children of fallen soldiers who got to go on this trip to Walt Disney World? Let us know in the comments!