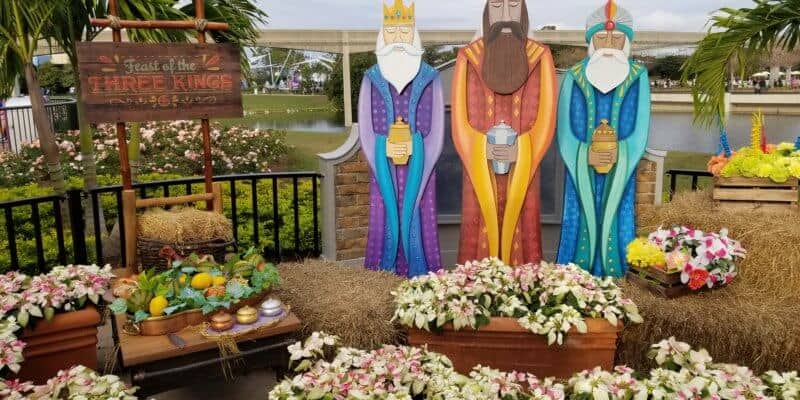 Disney just announced the addition of two more celebrity narrators to its already star-studded list of narrators at Epcot’s Candlelight Processional this holiday season during the International Festival of the Holidays.

Epcot’s Candlelight Processional is a beautiful show with a live orchestra and choir, along with a celebrity narrator who retells the traditional story of the birth of Christ. The show is presented three times each day from November 29 through December 30. Shows take place at 5:00 p.m., 6:45 p.m. and 8:15 p.m.

In July, Inside the Magic brought you the newly-announced list of celebrity narrators for the Candlelight Processional, which includes Pat Sajak, Gary Sinise, Lisa Ling, Steven Curtis Chapman, Neil Patrick Harris, Whoopi Goldberg, and Ming-Na Wen, the voice behind Mulan in the animated feature film. Each narrator reads the Christmas story while being accompanied by the choir and orchestra.

The Candlelight Processional is only one festive part of Epcot’s International Festival of the Holidays which also includes exhibits and shows at many of the country pavilions around the World Showcase, and Epcot’s Holiday Kitchens–13 of them this year—that serve up authentic holiday treats from around the globe. There will also be more than 12 other additional food and beverage spots set up throughout the World Showcase.

Even Father Christmas and Pere Noel are on hand to recount stories of Christmases past.

This year, the Holiday Cookie Stroll takes Guests on a global tour that introduces them to baked goods from different countries. It’s fun for all ages, and kids love all the cookies!

Don’t miss this very special holiday celebration that begins on November 29 and concludes on December 30. If you’ve never been before, perhaps this can be your year to experience it for the first time!

Have you ever been to Epcot’s International Festival of the Holidays? What was your favorite part of the festival? Let us know about your experience in the comments below.