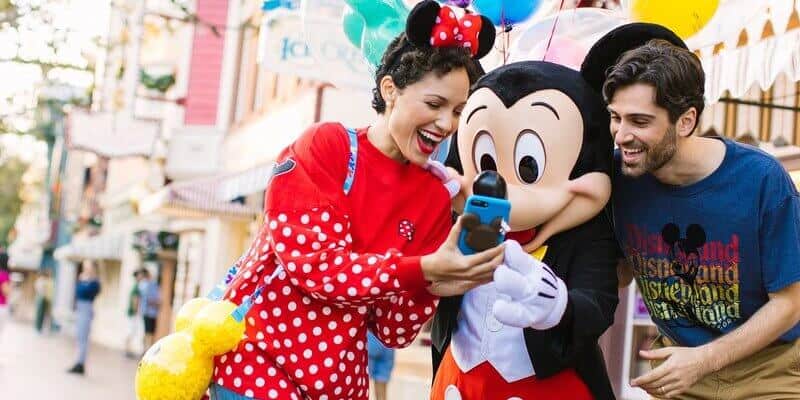 Even though Disney Parks are the happiest, most magical places on Earth, they are not immune to real-world problems. Recently, some issues were brought to light as Disney Cast Members who work in entertainment have filed reports saying that theme park guests inappropriately touched them while they were in costume.

According to a recent article published by ABC News — whose parent company is The Walt Disney Company — Walt Disney World Resort Cast Members who work in entertainment and were hired to portray characters including Mickey Mouse, Minnie Mouse, and Donald Duck have each filed police reports in December. Each report claims the Cast Member victim was inappropriately touched by tourists.

“Everyone should feel safe at work, and we encourage Cast Members to come forward in any uncomfortable situation,” Disney spokeswoman Andrea Finger stated. “We provide multiple resources to protect our Cast Members’ well-being, including on-site law enforcement officers who respond, and are available to them, if needed.”

But while Disney takes instances like these seriously, they cannot always control guest behavior all the time. And unfortunately, Cast Members working in entertainment are often those who face the burden of unwanted touching.

Orange County Sheriff’s Office reports indicate that two Cast Members, while working as Minnie Mouse and Donald Duck, were each groped by tourists on separate occasions.

While working as Mickey Mouse at Magic Kingdom, one 36-year-old woman stated that a guest patted the head of the Mickey Mouse costume numerous times, causing it to slide down and strain her neck. She later went to the hospital with neck injuries. The Cast Member told investigators that she didn’t believe the guest intentionally hurt her, and the sheriff’s office ruled the incident a civil matter instead of a criminal one.

But the theme park guest’s family was confused by the case: they said that they didn’t know about the no-touching rule for characters at Disney Parks, since often characters offer hugs and high-fives to guests. The family shared that the touching “was very minimal” and the woman involved had been patting Mickey on the head at the time to prove to her two-year-old grandson that he shouldn’t be afraid.

The same Cast Member portrays Minnie Mouse. She reported that on the same day while posing for photos with a man and his wife, Minnie Mouse gave the man a hug and he groped her chest three times. She alerted her supervisors and was able to identify the 61-year-old man from Minnesota, but decided not to press charges.

The same man who reportedly groped Minnie Mouse had also had an “inappropriate interaction with a Cast Member” the next day on December 5 in Magic Kingdom, although, according to the ABC report, Disney did not further elaborate on the incident. Since then, however, the man has been banned from Walt Disney World.

And two days prior, a guest at a restaurant in Disney’s Animal Kingdom asked if she could kiss Donald Duck. Donald agreed, but the 18-year-old Cast Member portraying the character reported that the guest (a woman in her 60s) began touching and grabbing other areas of Donald’s body, including the character’s arms, chest, belly, and face. The woman’s family yelled at her to stop, and the Cast Member who reported the incident ultimately didn’t press charges, telling authorities that she believed the woman may have dementia.

Each of these instances show that even worlds of laughter, hope, wonder, and magic are places where both guests and Cast Members alike can experience issues and incidents that unfortunately occur in our day-to-day lives. Disney consistently works to preserve the magic, but that means also taking precautions to protect Cast Members and guests — and especially those working in entertainment. If you see or experience an instance of inappropriate touching or unwanted behavior, know you can report the incident to Guest Services or any Cast Member, and they will work to resolve the issue.