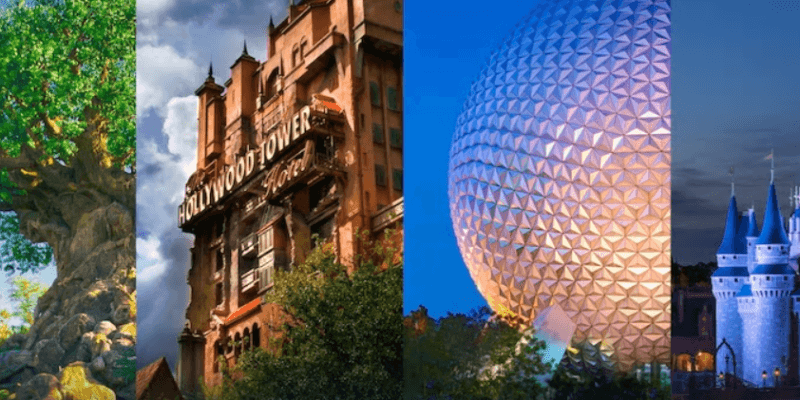 Disney has purchased nearly 3,000 acres of land in just 13 months. Over 2,700 additional acres of land near the Walt Disney World Resort is now currently going “unused” by Disney. But what will the land eventually become, and will it be used to expand the already flourishing Disney World?

While there are some fans who remain hopeful that the company will add a fifth theme park to Walt Disney World Resort, there’s evidence that says this isn’t so. Here’s a look into the Florida land purchases that Disney has made since 2018 and (possibly) what that land will be used for.

Disney purchased almost 1,000 acres of land near Celebration in 2018

In fall 2018, Disney purchased 965 acres of land southeast of Celebration, the small Florida town just outside of Walt Disney World Resort. The land — which was known as BK Ranch in Osceola County — was purchased for approximately $23 million. Disney didn’t comment on their purchase of the land back in 2018, and the company still hasn’t shared anything regarding the purchase over a year later. But considering the large acreage, this definitely had gears turning in Disney fans’ heads, leading many to wonder if a fifth gate would be coming to the resort in the somewhat-near future.

In early 2019, Disney bought an additional over 1,500 acres of land in Osceola County

Just a few months later, Disney was at it again — and this time the company bought over 1,500 acres of land right smack dab next to the previous purchase. As you can see in the image below, the 965-acre purchase is adjacent to the 1,500+ acres that Disney bought in early 2019. This time the company paid 11 million dollars for the land (the Brown Estate) — and again, the company didn’t comment whatsoever regarding what the land would be used for.

Most recently, Disney purchased over 200 acres near Magic Kingdom

This brings us to late fall 2019, when news broke that Disney had purchased 235 acres of land near Magic Kingdom. Located just a short distance from Disney’s Grand Floridian Resort & Spa, fans wouldn’t be too surprised if Disney used this space for expanding the theme parks or resort hotels. After all, Magic Kingdom park is 142 acres large, and this land purchase is almost 100 acres more than that.

So what’s all the land for?

This begs the question: what’s all the land going to be used for? Well right now that remains a mystery — but until Disney makes an official announcement, we’re not going to say it’s for a fifth park at Walt Disney World. After hearing all the plans Disney has for its theme parks during the announcements at D23 Expo in summer 2019, it’s not hard to tell that Disney is focusing a lot on the renovations in the works, from the overhaul of Epcot to the Tron Lightcycle/Power Run coaster coming to Magic Kingdom to everything else planed for the resort’s 50th anniversary in 2021.

However, that’s not to say that Disney is holding out on us. The company is notorious for keeping things under wraps. So if some of this land is going to be used to expand the Walt Disney World theme parks and add a fifth gate, we wouldn’t be surprised of Disney decided to hold off on announcing their plans for a Florida expansion for quite some time.

No matter what the almost-3,000 acres will be used for, fans sure have a lot to say about it. Several have taken to the internet to share what they think Disney plans to do with all the land the company has purchased since fall 2018. Some speculate that Disney simply wants to purchase all this land since it’s available, just so other corporations can’t go in and buy it themselves. And many continue to share what sort of fifth theme park they hope Disney will build in the future.

But more than likely, the land will be used for conservation. The Walt Disney Company has a longstanding commitment to conservation. Purchasing additional land allows Disney to develop the land the company already owns while still continuing to remain committed to land conservation. As Orlando Weekly points out, this is kind of like a game of chess, with Disney moving zoning around almost constantly in order to keep developing Disney World without jeopardizing conservation efforts.

We don’t know much about Disney’s plans for this next decade, but we’re excited to find out.

Click here for a free no-obligation vacation quote from the Authorized Disney Vacation Planners at Academy Travel to take the Disney trip of a lifetime.