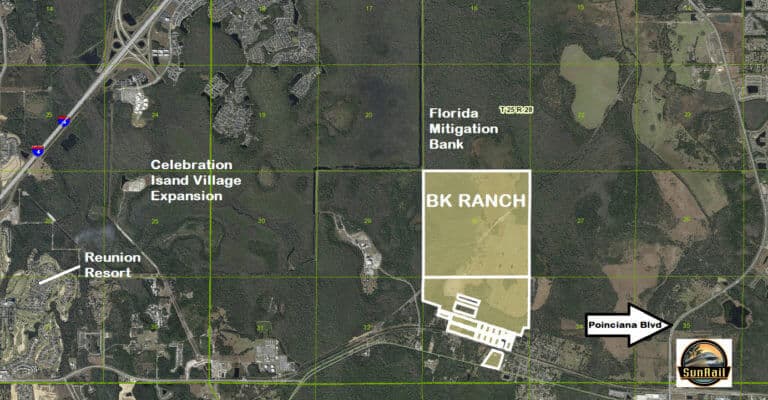 Disney isn’t the only company who planned to develop the BK Ranch land. The land, which is zoned for development off the old Tampa highway, was originally planned to be developed into 3,000 homes and 378,000 square feet of office and commercial space. Given the land’s close proximity to the town of Celebration, BK Ranch, once developed into a community, could have rivaled Celebration, if it had been developed years ago. Now that Walt Disney World has purchased it, the future of the land and its development is up to Disney.

While fans may speculate about the future of this land, it isn’t likely that we will hear about its development anytime soon, as Disney has yet to comment on the purchase of BK Ranch, let alone their plans for it. Westhampton Realty owner and broker Jerry McGratty said to GrowthSpotter that Disney was primarily interested in acquiring the almost-1,000 acres of land for “water management needs” and conservation, so it is likely that little will come of it. McGratty stated, “I do not believe they will ever develop it.” Whether McGratty’s opinion holds true, only time will tell.

It is true that Walt Disney World may be inclined to use the BK Ranch land to manage the current water and conservation of their existing theme park and resort properties. But with the purchase of such a large number of acres (Magic Kingdom alone is just under 150 acres large) and Disney’s recent expansion of multiple of their theme parks and resorts, fans can only speculate about the future of the land and whether an even larger expansion could be in the cards for the Disney property.

We will continue to update this story as more information becomes available.

What do you think of Walt Disney World’s newest land purchase? Let us know in the comments!

Comments Off on Disney pays $23 million for 1,000 acres of land near Celebration