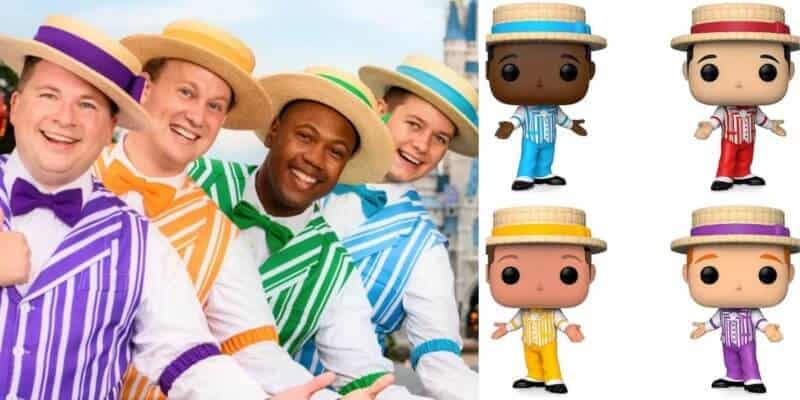 At the D23 Expo in August, Disney released a Pop! Vinyl set which was a D23 Expo exclusive. Of course, we are talking about the absolutely adorable Dapper Dans Funko Pop! set.

In case you aren’t aware, The Dapper Dans are a famous barbershop quartet who perform songs at Disneyland Resort, Walt Disney World, and Hong Kong Disneyland.

But now, we have some great news to share with everyone. Disney has just re-released the Dapper Dans Funko Pop! set and it is now available to everyone on shopDisney.

The Dapper Dans Funko Pop! set includes all four of the Dapper Dans, each complete with his arms extended as if they are in performance, along with the famous pinstriped shirts and matching ties, pants, straw hats and shoes.

Collectors will be in total harmony with this Pop! Vinyl figure set depicting The Dapper Dans, our traditional turn-of-the-century barbershop quartet found on Main Street U.S.A. at Disneyland and Walt Disney World.

You can purchase the “new” Dapper Dan Funko Pop! set online at shopDisney.com starting today for $49.99.

If you haven’t yet seen The Dapper Dans perform at Disneyland, Walt Disney World, or Hong Kong Disneyland but would like the opportunity to, then be sure to book your next family vacation to one of these locations! If you need help booking and planning your next Disney Vacation, then don’t hesitate to reach out to our friends over at the Authorized Disney Vacation Planners at Academy Travel for a free quote.

Will you be adding this Dapper Dan Funk Pop! set to your collection? Let us know in the comments.