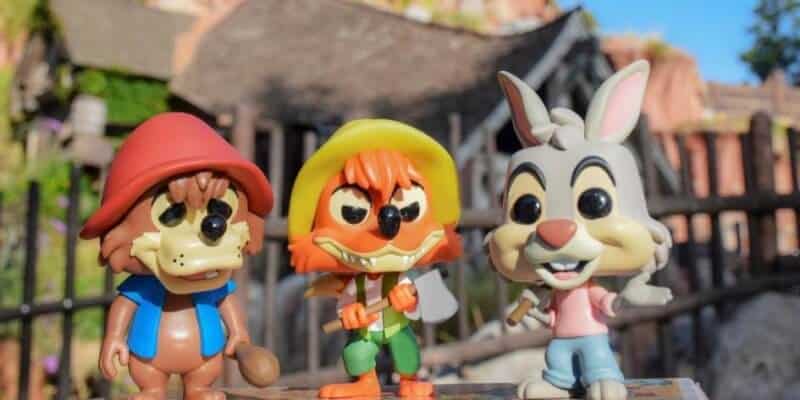 Funko Pop! fans lookout–Disneyland is getting an all-new Splash Mountain-themed Funko Pop! featuring all of the attraction’s beloved characters and we can’t wait for its release.

According to a tweet by Disneyland Today, it’s been revealed that Br’er Rabbit, Br’er Fox and Br’er Bear are all returning to Funko forms in a special edition 3-pack. The figures are set to premiere in Disneyland Park on August 3 and on shopDisney beginning August 14.

Guests will be able to pick up the figures at three locations in Disneyland Resort, including Disneyana in Disneyland, Trolley Treats at Disney California Adventure, and WonderGround Gallery in the Downtown Disney District. As of yet, no release date has been revealed for Walt Disney World. However, we’re sure it will also be making its way to the east coast not too long after its premiere at Disneyland.

This isn’t the first Funko Pop! themed after the beloved attraction at the Disney Parks. Last year, we saw the release of a Br’er Rabbit and Br’er Bear Funko Pop! The figure featured both of the characters together on one of the logs from the ride’s track system.

If you remember the release of the company’s first Splash Mountain Funko Pop!, you’ll probably also remember the extreme wait times and back-ordering guests experienced when trying to purchase the figure in-store or online. For that reason, we do suggest marking your calendar or setting a reminder on your phone for the release of the figure both in the park or online as it may be quite sometime before the figure comes back in stock after its initial release.

Disney did not reveal how much this new Splash Mountain Funko Pop! will cost at the time of its release. Last year’s figure cost $40.

Will you be purchasing this new Splash Mountain Funko Pop! featuring the attraction’s beloved characters? Let us know in the comments below!