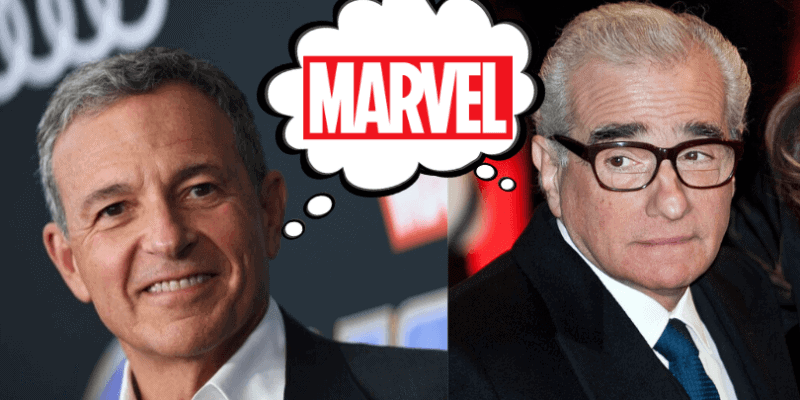 It’s no secret that Marvel movies are successful. This year, Avengers: Endgame surpassed  Avatar to become the highest-grossing film of all time, and given everything Marvel Studios has planned for Phase 4 of the MCU, it doesn’t look like we’re getting fewer Marvel movies anytime soon. But after Martin Scorsese made some comments about why he doesn’t like Marvel, it looks like the studios may want to rethink their strategy…or at least, have the Disney CEO meet with Scorsese.

The Chairman and CEO of The Walt Disney Company, Bob Iger, was just named Time’s Person of the Year, and in his interview with the magazine, he re-addressed Scorsese’s comments about Marvel, sharing that he plans to meet with the director.

To catch you up, let us break down the situation for you. Scorsese has repeatedly bashed Marvel over the past few months. In an interview with Empire Magazine back in October, Scorsese said the following:

“I don’t see them. I tried, you know? But that’s not cinema. Honestly, the closest I can think of them, as well made as they are, with actors doing the best they can under the circumstances, is theme parks. It isn’t the cinema of human beings trying to convey emotional, psychological experiences to another human being.”

But that’s not all. The director faced some backlash from fans of the Marvel Cinematic Universe, who called him “bitter,” “pretentious,” and even a “cranky grandpa.” Because of this, Scorsese was asked to clarify his comments during an interview with Popcorn in November. He said that many of the people who work on Marvel films do “very beautiful work,” and he acknowledged that a lot of effort and hard work goes into making them. But he also clarified what he believes defines cinema:

“I think what makes cinema, to me… ultimately, it’s something that, for some reason, stays with you so that a few years later you can watch it again. Or ten years later you watch it again, and it’s different. In other words, there’s more to learn about yourself, or about life. That’s interesting.”

In November, Scorsese even wrote an op-ed in the New York Times, where he stated that Marvel films lack “revelation, mystery or genuine emotional danger.”

Basically, Scorsese is concerned that Marvel seems to be taking over the box office. Several people in Hollywood have shared whether or not they agree with Scorsese. And now, Iger wants to meet with him.

In the following excerpt from the Time Magazine article profiling Iger, it’s clear that Scorsese’s comments don’t sit well with the Disney CEO. The Walt Disney Company acquired Marvel Studios under Iger’s tenure, so it makes sense for the head of Disney to feel perturbed by these comments made by a prominent figure in Hollywood.

Iger, famous for his Mandalorian-like imperturbability, calls Scorsese’s comments “nasty” and “not fair to the people who are making the movies,” but brushes them off. “If Marty Scorsese wants to be in the business of taking artistic risk, all power to him,” he says. “It doesn’t mean that what we’re doing isn’t art.” In true Hollywood fashion, Iger says his people and Marty’s people are arranging a get-together.

So there you have it. Iger’s people and Scorsese’s people are meeting. What will become of that meeting is still unclear, and when that meeting will take place we still don’t know. But it looks like it’s happening. And while we’re not sure if Iger will be able to change Scorsese’s mind — or if Scorsese has a future in the Marvel Cinematic Universe — we’re excited to find out.