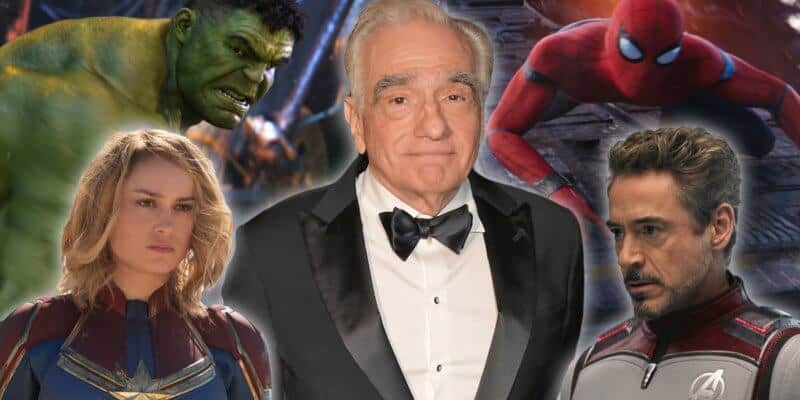 Only a little over a week ago did the famed filmmaker Martin Scorsese share his thoughts on the Marvel Cinematic Universe, which he compared to “theme parks.” And this past weekend, Scorsese shared even more thoughts about the major franchise during a panel at the British Film Institute’s London Film Festival, which he still insists is “not cinema.”

In this new comment, not only did Scorsese reiterate the fact that the Marvel franchise is similar to “amusement parks,” but he also stated that fans have to step up and ask theaters to show films that are “narrative films.”

“The value of a film that’s like a theme park film, for example, the Marvel type pictures where the theaters become amusement parks, that’s a different experience,” he said during the panel. “As I was saying earlier, it’s not cinema, it’s something else. Whether you go for that or not, it is something else and we shouldn’t be invaded by it. And so that’s a big issue, and we need the theater owners to step up for that to allow theaters to show films that are narrative films.”

?️"Allow theatres to show films that are narrative films." pic.twitter.com/Zz19pk0dmZ

Scorsese’s original comments about Marvel films came in an interview with Empire Magazine while promoting his new Netflix original movie “The Irishman,” when he was asked about the rise in popularity of the Marvel Cinematic Universe and the superhero genre.

I don’t see them. I tried, you know? But that’s not cinema,” Scorsese said to Empire. “Honestly, the closest I can think of them, as well made as they are, with actors doing the best they can under the circumstances, is theme parks. It isn’t the cinema of human beings trying to convey emotional, psychological experiences to another human being.”

What are your thoughts on Scorsese asking fans to demand that theaters show movies that are “narrative films” over Marvel movies? Let us know in the comments!