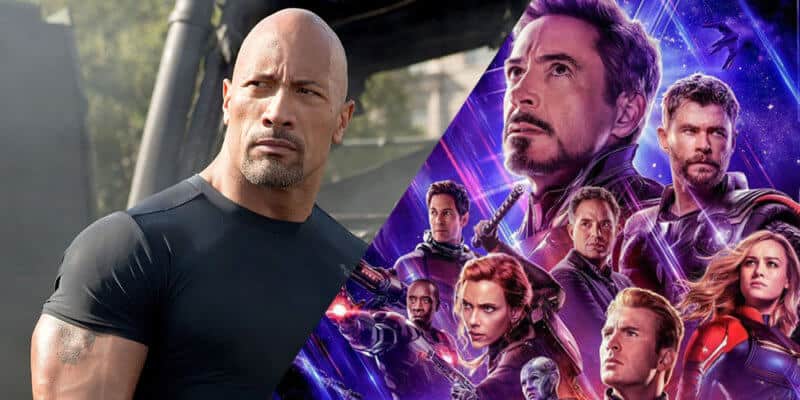 Marvel Studios has just recently come to a major point in the MCU as fans have just seen the end of a significant era in the comic book film universe. However, as massive as the franchise has become, including its major stars, there is one huge action film star that has not yet graced the silver screen. In a new video on his Instagram, The Rock congratulated the “Avengers: Endgame” cast while also maybe teasing the possibility of appearing in the MCU himself.

The Avengers castmates roster is currently full of some of the biggest movie stars in the world and as the MCU will continue to grow over time, it only makes sense that other big players in the film world would slide into these new roles. And as it seems from a cryptic Instagram video, some believe The Rock might be about to enter the MCU game himself.

What started off as a congratulatory post to the “Avengers: Endgame” cast and crew turned into The Rock discussing the fact that he’s been trying to set up a meeting with Kevin Feige for some time. However, they’re both “super busy boys.”

So cool to witness this historic global event and win for our business and the fans. Congrats Marvel & Disney! Can’t believe you killed Thanos! KIDDING. Congrats again! DRJ

Now of course, this is not a definite announcement that The Rock will have any role in any upcoming MCU film. Although, it wouldn’t be the first time stars and major movie producers/studio presidents have met for “dinner” and it then resulted in a new character in a major franchise!

As we all know, there are an incredible amount of Marvel comic book characters that have not been utilized in the MCU. And let’s face it, who wouldn’t love to see The Rock take on the role of a superhero?

What are your thoughts on The Rock possibly joining the MCU? Let us know in the comments below!