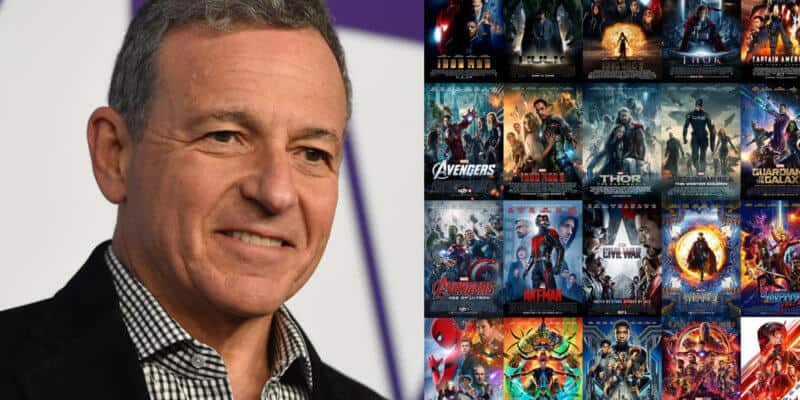 After several filmmakers have come forward to bash Marvel Studios and the company’s box office busting Marvel Cinematic Universe films, Bob Iger has finally stepped up to defend the studio. In a new interview, he calls Martin Scorsese and Francis Ford Coppola’s comments “so disrespectful” and “If they want to bitch about movies it’s certainly their right.”

The heated comments by Iger come after Martin Scorsese and Francis Ford Coppola came forward in several attacks to the superhero brand, starting with Scorsese saying Marvel movies are “not cinema.” A comment, which Coppola responded to saying: “Martin was being kind when he said it wasn’t cinema. He didn’t say it was despicable, which is what I say.”

At a Wall Street Journal Tech Live event on Tuesday, Iger became heated by the subject and shared his true feelings on the filmmakers and their comments about the Marvel film franchise.

“Are you telling me that Ryan Coogler making ‘Black Panther’ is doing something that somehow or another is less than anything Marty Scorsese or Francis Ford Coppola have ever done on any one of their movies? Come on,” said Iger.

Iger continued with his comments on the filmmakers by questioning who Coppola was referring to when calling the movies “despicable.”

“When Francis uses the words ‘those films are despicable,’ to whom is he talking? Is he talking to Kevin Feige who runs Marvel, or Taika Waititi who directs or Ryan Coogler who directs for us or Scarlett Johansson,” Iger said. “I don’t get what they’re criticizing us for when we’re making films that people are obviously enjoying going to because they’re doing so by the millions.”

In his interview with the WSJ, Iger did say that he holds both filmmakers in “the highest regard.” However, he did say that Coppola’s description of the films as “despicable” is a word that should only be used to describe someone “who had committed mass murder.”

What are your thoughts of Iger’s defense on the Marvel Cinematic Universe? Let us know in the comments below!