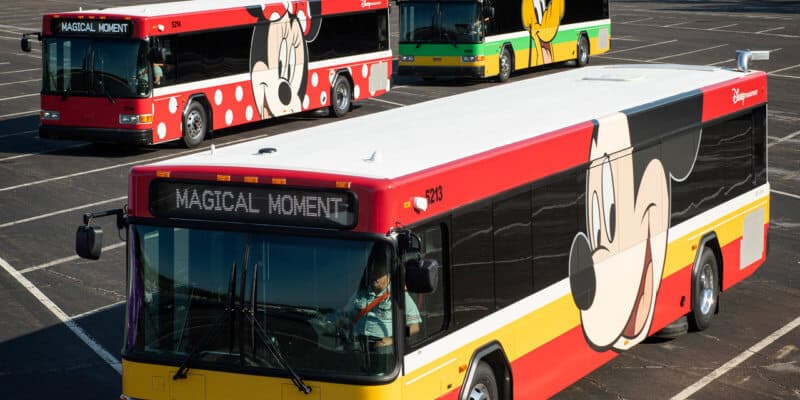 Keep in mind that the WiFi that is accessible on Walt Disney World bus transportation is different than the WiFi you’re used to in the Disney Parks and at your Disney Resort hotel. So you’ll need to join the Disney Transport Guest network once you’re onboard the buses.

The addition of WiFi onboard the Disney bus transportation system is a game changer for vacationers, especially when it comes to navigating Walt Disney World. This will allow Walt Disney World Resort guests to continue using the My Disney Experience app, making changes to their FastPass+ or dining reservations, and even communicate with each other, all using WiFi instead of their own personal cellular data. If you’re the type of person who doesn’t have unlimited data on your phone plan and you prefer to connect to WiFi whenever possible, this is a great new perk.

Want to read more about bus transportation at Walt Disney World? You can visit the official website here for all the details.

If you’re interested in booking a trip to the Most Magical Place on Earth, look no further than Academy Travel. The Authorized Disney Vacation Planners at Academy Travel can plan every part of your Disney vacation to ensure it is the most magical and least stressful possible. Click here for a free, no-obligation Walt Disney World vacation quote from Academy Travel.

What do you think of WiFi being added to the Walt Disney World buses? Let us know in the comments!