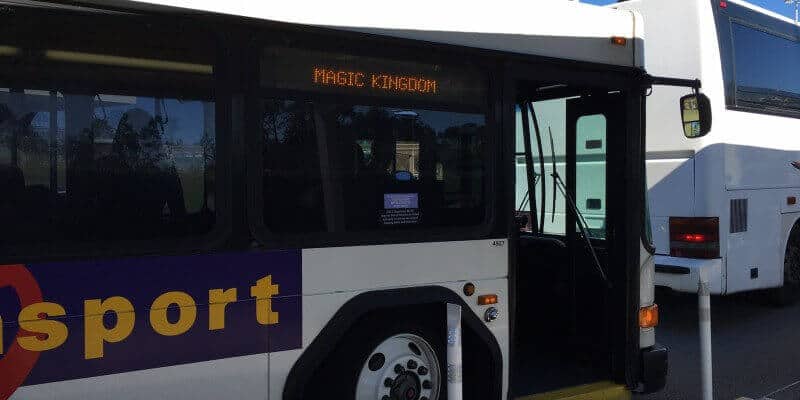 A Cast Member bus in transit at Walt Disney World over the weekend caught fire, leaving employees on the side of the road while firefighters battled the passenger vehicle’s blaze.

Walt Disney World is a massive resort full of dozens of properties found all across over 1100 acres of land and as one can imagine, the resort’s transportation systems are a major tool used to get around. These different systems are not only for guests, employees also take advantage of them as well while on property. However, it seems one of these means for transit ran into rather unexpected problems over the weekend and caught on fire.

A video posted on Twitter Saturday night (now deleted), showed the bus in a smoky fire while firefighters attempt to put it out.

In the video, the vehicle appears to almost run into a nearby ambulance parked in front of it. Luckily, the bus is stopped before a collision occurred between the two vehicles.

At this time, we do not know if anyone was hurt in the bus fire. From the video, it seems the bus might have been fully evacuated of all passengers before firefighters got to the scene to try to extinguish it.

We will continue to update this article if we hear any more news surrounding this Cast Member bus incident.

The video showing the bus in a blaze has now been deleted by the user who shared it. Before it was deleted, the one-minute and seven-second video had over 80-thousand views on Twitter.