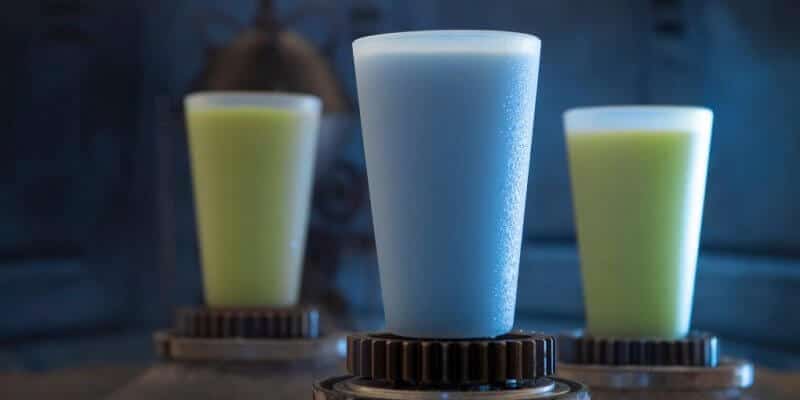 The opening of Star Wars: Galaxy’s Edge is only days away now and as one can probably imagine, everyone in the universe is excited! And one item that many guests would travel across the galaxy for is the new land’s Blue Milk. Although, from new reports, it seems it may cost you a bit more than what some had originally expected.

When visitors visit theme parks they generally expect to pay higher prices for food, beverage and dessert items, which they cannot find elsewhere. One prime example would be of Universal Studios’ Butterbeer, found exclusively in the Wizarding World of Harry Potter lands at both Universal Orlando and Universal Hollywood. This drink is priced at $6.99 and it seems the blue milk at Galaxy’s Edge will go for even more than that.

New posts on social media from Cast Members who’ve already experienced the land report that the Blue Milk will cost guests $7.99, a dollar more than Universal’s signature drink. In the image above, the receipt shows the visitor purchased the intergalactic drink from the land’s Milk Stand.

In the post, the caption reads, “Is this actually gonna be the price for blue milk…”

According to OC Register, Butterbeer sales have topped 20 million, making the Harry Potter-themed drink a runaway hit. If Blue Milk sees even a fraction of that success, the Disney Parks are sure to make a nice mint off of the drink, especially if it does remain at a higher price point.

In addition to the Milk Stand, guests will also be able to find the colored drink at Oga’s Cantina. Both of which, will officially be open for business on May 31 at Disneyland and August 29 at Disney’s Hollywood Studios.

What are your thoughts of the signature drink at Star Wars: Galaxy’s Edge running for almost $8? Let us know in the comments below!

Comments Off on Blue Milk at Star Wars: Galaxy’s Edge to cost more than a Butterbeer at Universal