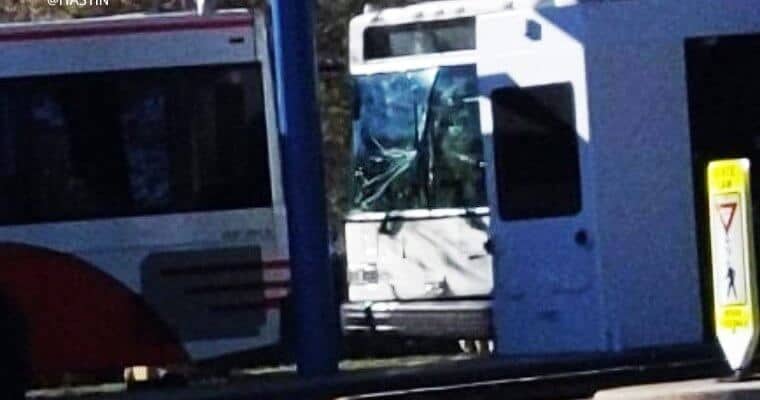 Two Disney Parks buses collided in the Epcot auto plaza at Walt Disney World Resort on Tuesday, local Orlando newsgroup WFTV reported. The collision involved 51 passengers, 15 of whom were sent to the hospital to be treated for non-emergency injuries.

According to the Florida Highway Patrol, the incident occurred at approximately 10 a.m. when one Disney transportation bus rear-ended another in the auto plaza of the Epcot theme park. The driver of the bus that crashed into another bus is reportedly 21-year-old Jacob Buettner, who was ticketed for careless driving following the collision. Buettner reportedly failed to slow for the bus in front of him, which was stopped at the Epcot toll booth.

The 15 patients transported to a local hospital following the collision suffered minor injuries, and those who were hurt were sitting toward the front of the bus.

A Disney spokesperson stated, “nothing is more important than the safety of its guests and cast members, and the company is focused on the well-being of those involved in the collision.”

Photos taken at the scene of the collision show that one of the two buses involved in the incident has a cracked front windshield.

According to Reedy Creek Fire, there are 14 patients involved in this bus crash at @WaltDisneyWorld in the #Epcot parking lot. Mutual Aid has been called in from Orange & Osceola Counties. We're checking with Disney to find out what exactly happened for @WFTV at noon. https://t.co/aPC3bXy3vn

This article will be updated as more information is released.