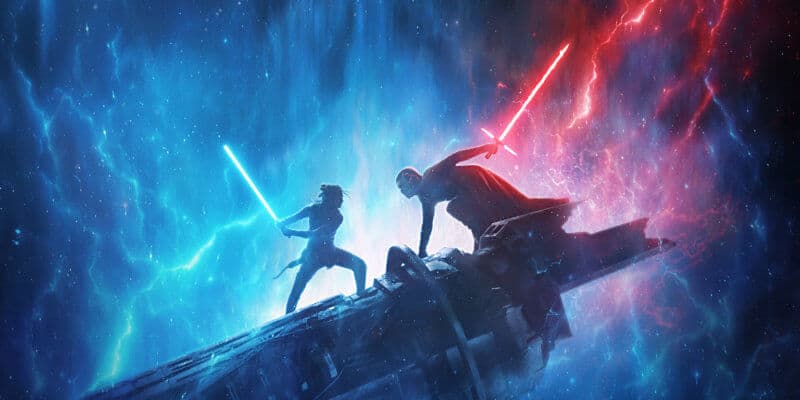 If you’ve been wondering how soon you can get your hands on tickets for the final installment of the Skywalker Saga, wonder no more.

It was announced today that Star Wars Episode IX: The Rise of Skywalker tickets will finally be available for purchase beginning Monday, October 21.

On Monday, tickets for the ninth episode in the series that began with the original trilogy in 1977 about a galaxy far, far away will go on sale everywhere movie tickets are sold, meaning you can purchase them at your local theater or online at sites like Fandango, AMC, Movie Tickets and more. And on Monday evening, the final trailer for the film will drop during the half-time slot on ESPN’s Monday Night Football game between the New York Jets and the New England Patriots.

The final episode in the Skywalker Saga follows The Force Awakens from 2015 and The Last Jedi from 2017 and promises to answer more questions than it creates. It tells the story of the surviving Resistance facing the First Order and ultimately (hopefully) triumphing over the First Order once and for all. Star Wars fans of all ages are anxious to see the fall of the First Order and to finally find out how exactly that will happen.

Star Wars Episode IX: The Rise of Skywalker will be the last film in the saga that’s been more than 40 years in the making and initially took shape inside the brilliant and creative mind of George Lucas. Though the story of Luke Skywalker will come to a close, the storytelling inside the galaxy far, far away will not, as new original series like The Mandalorian will debut on Disney+ beginning November 12.

Four years ago in 2015, the overwhelming demand for tickets for Star Wars: The Force Awakens caused multiple online ticket venues to crash, and it won’t be surprising to see the same thing happen for The Rise of Skywalker.

Will you be among the first to purchase tickets for “Star Wars Episode IX” on Monday? And will you catch the new trailer on Monday night during the Monday Night Football presentation? Let us know what you’re most looking forward to in the film in the comments section below.