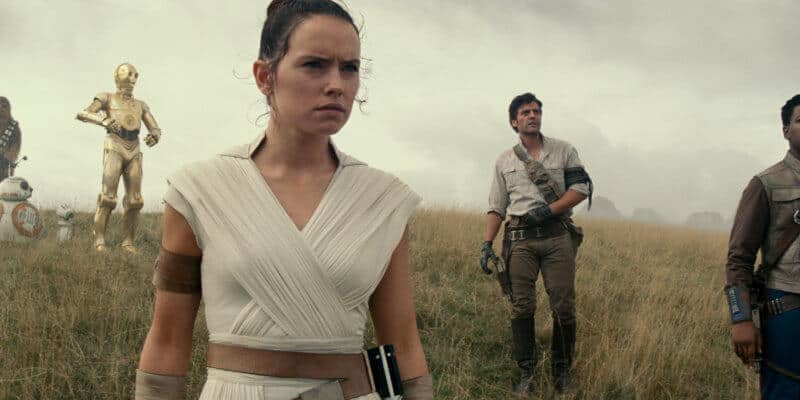 D23 is in full swing in Anaheim and first thing for today is the Go Behind the Scenes With The Walt Disney Studio panel in Hall D23! We did get a lot of news from Disney+ regarding Star Wars, mostly The Mandalorian, but this panel is focusing on the feature films.

Alan Horn, Chief Creative Officer and Co-Chairman of Walt Disney Studios, was the host for the panel. After yesterday at the Disney Legends Panel where they showed a very quick, and I mean VERY quick clip of “The Rise of Skywalker”, I was surprised they started with “Star Wars”. But, the panel actually started off with “Star Wars” news, and almost the entire cast of the “Rise of Skywalker”. 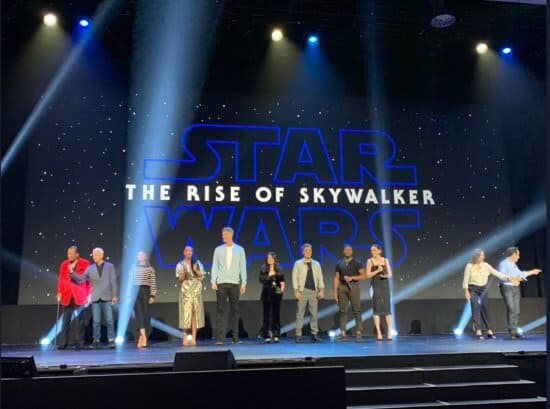 The panel started out of course with the head of Lucasfilm, Kathleen Kennedy and director of the film, JJ Abrams. Once some of the cast was on the stage, they continued to bring out more people.

In attendance was Daisy Ridley, John Boyega, Anthony Daniels, Keri Russell and Joonas Suotamo. After they took the stage, they talked about how important ending the saga is. “With the close of this chapter, the future is wide open, and Kathy and her Lucasfilm team are bringing “Star Wars” to a number of really exciting directions” -Alan Horn.

While no other projects were announced, we did get an amazing poster and some footage. 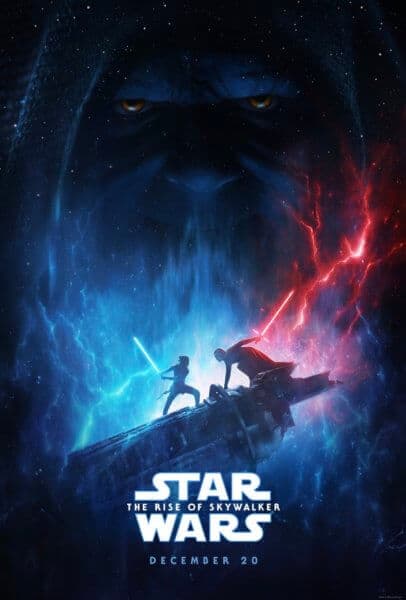 The poster is absolutely stunning, with a fight between Kylo Ren and Rey fighting on a piece of some sort of platform, very reminiscent of Obi Wan and Anakin’s fight in “Revenge of the Sith”. All while The Emperor looming ominously in the background. The poster is insanely epic, and I can not wait to talk about the footage.

I have not seen the footage as of yet, but I was told by our team in attendance that Rey wields a red lightsaber and it appears to be doubled bladed. She is also said to be in Sith robes. I can even imagine how that looks, I can not wait to see the footage.

I know I am, stay tuned to Inside The Magic, as we continue to give you breaking news from D23.

What do you think about this new poster? Are you more excited for The Rise of Skywalker? Do you think Rey is going to fall to the dark side?