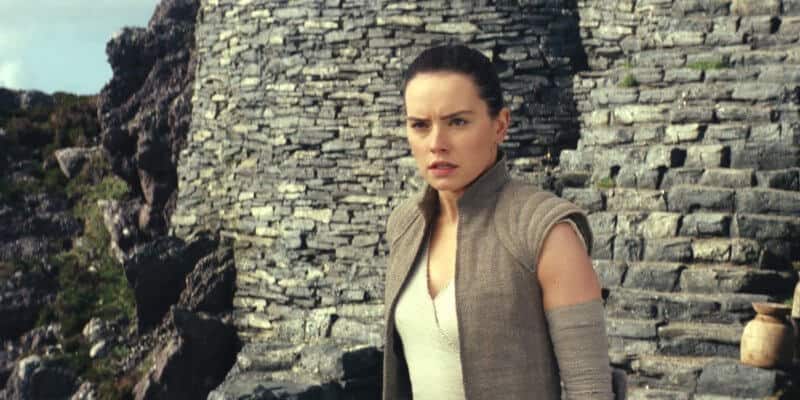 If you’ve been wondering who exactly Rey is throughout the entirety of the most recent “Star Wars” trilogy, you’re in luck. One “Star Wars” writer just confirmed that “The Rise of Skywalker,” the final film in the Skywalker Saga, will answer the burning question: Who is Rey?

Fans have been speculating about Rey’s identity since she was first introduced in Episode VII, so it’s safe to say we’re pretty pumped to finally know the truth once Episode IX hits theaters. According to “Star Wars” writer Chris Terrio, we’re getting a lot more about Rey than we previously assumed. Here’s what he had to say in a recent interview:

“One of them is a simple one: ‘Who is Rey?’ Which is a question that people not only wonder about quite literally, but wonder about in the spiritual sense. How can Rey become the spiritual heir to the Jedi? We kept coming back to ‘Who is Rey?’, and how can we give the most satisfying answer to that not only factually – because obviously people are interested in whether there’s more to be learned of Rey’s story – but more importantly who is she as a character? How will she find the courage and will and inner strength and power to carry on what she’s inherited?”

The confirmation that “The Rise of Skywalker” will answer the “Who is Rey?” questions comes on the tail of Rey actress Daisy Ridley’s announcement that the film will finally share who Rey’s parents are. Ridley previously shared that by the end of the final Skywalker Saga episode, we’ll “know what the dealio is.” We’re not exactly sure what that means exactly, but we’re definitely excited to find out.

Terrio’s comments about Rey’s identity are revealed during an interesting time, since earlier this summer Disney had possibly dropped quite a major spoiler about the “Rise of Skywalker” trailer. The spoiler, which you can read more about here, shares some information about “Dark Rey” shown in one of the trailers for the upcoming film.

Rey’s true identity has been up for debate since “The Force Awakens,” and with all of the buzz surrounding the upcoming film, it doesn’t seem like fans will be let down in the slightest once everything has been revealed.

Who do you think Rey really is? Let us know your “Rise of Skywalker” fan theories in the comments!