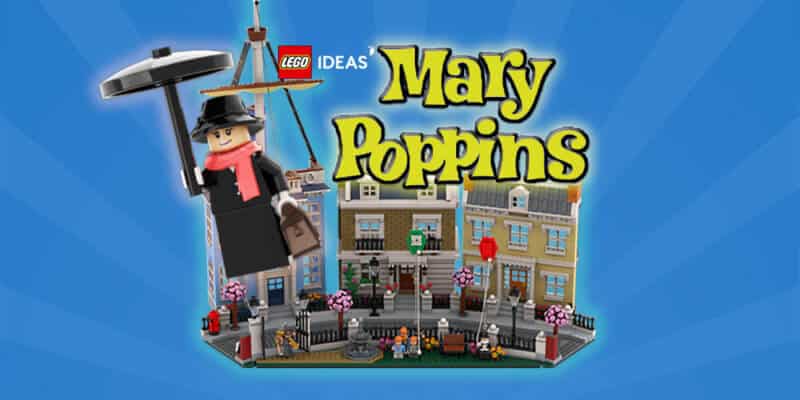 Unfortunately, Cherry Tree Lane, LEGO style, exists only in concept form, for now. This potential playset, part of the LEGO IDEAS series, requires fan support so that it can find its way into retail reality. 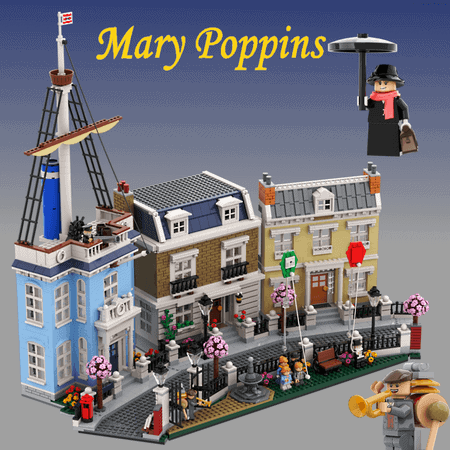 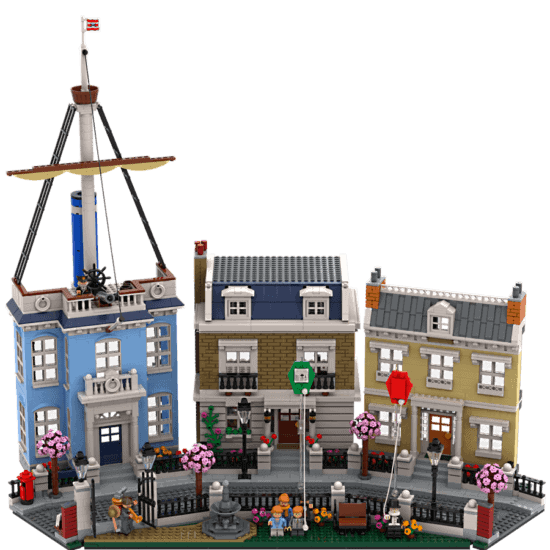 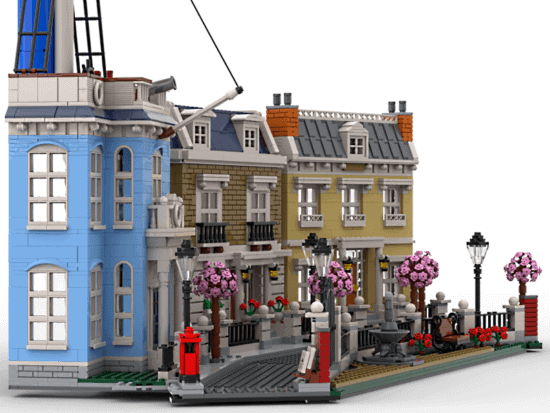 A trio of three-story homes lines the curved section of Cherry Tree Lane.  Across from this, a portion of the park is fenced off.   Sandwiched between two façade structures, only the Banks’ home shelters actual rooms. These include entry foyer (with staircase), living room, bedroom and attic. 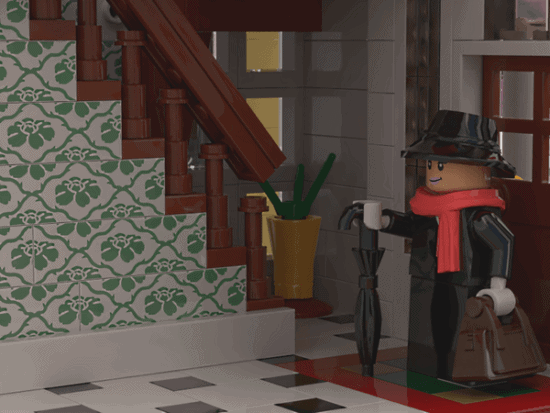 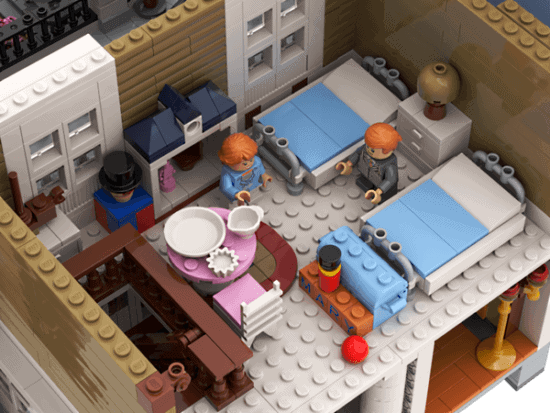 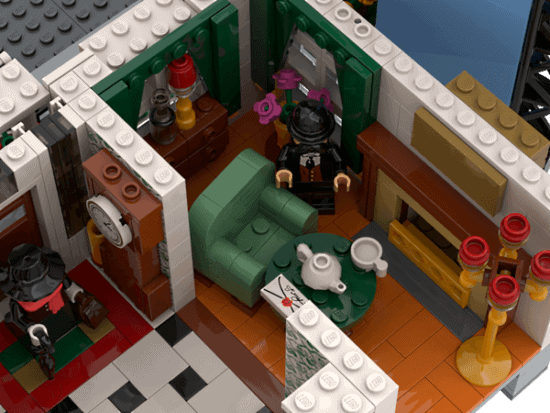 “Discover the magic universe of Mary Poppins with this new project based on the 1964 original movie.

So this project contains the main part of Cherry tree lane avenue with the house of Banks’s family which includes a lot of details of the movie like the bedroom of children, the living room and stairs. Other buildings are actually fake buildings with only the main side like in the movie set.” -Disneybrick55 (via LEGO IDEAS) 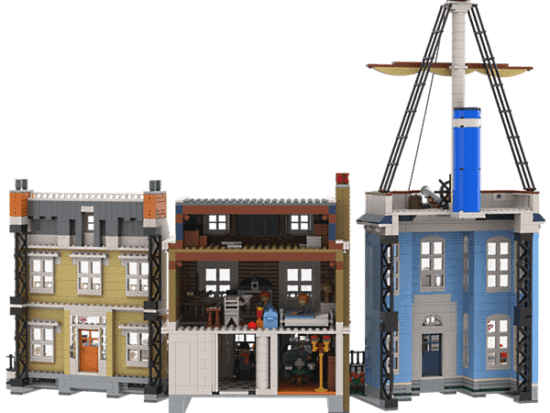 For this proposed IDEAS item, several movie based Minifigure creations add to the fun: 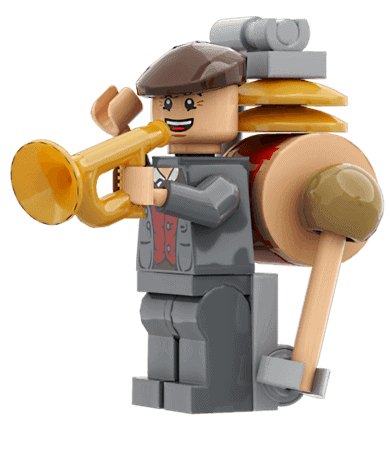 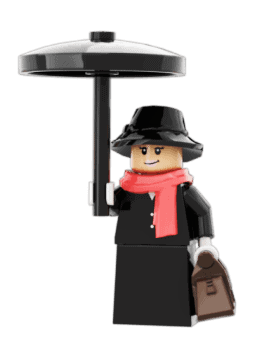 Like all LEGO IDEAS sets, LEGO Mary Poppins Cherry Tree Lane requires fan support.  Log in (or create a profile) on the LEGO IDEAS website.  Direct your mouse to the top right corner of the page and click on the blue “SUPPORT” button.

LEGO Ideas is a program where builders can submit their ideas for new LEGO sets. If the project gets the support of 10,000 or more users, it goes to the next step. At this point, the kit is reviewed by the LEGO Review Board for production consideration. For that reason, not every project makes the cut. Conversely, other projects advance for production. Ultimately, builders find themselves featured on the packaging and receive a royalty on sales of the item(s).

So, do you love LEGO sets? Check out these other LEGO set stories from Inside the Magic: 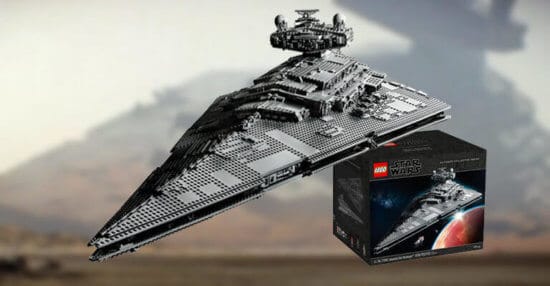