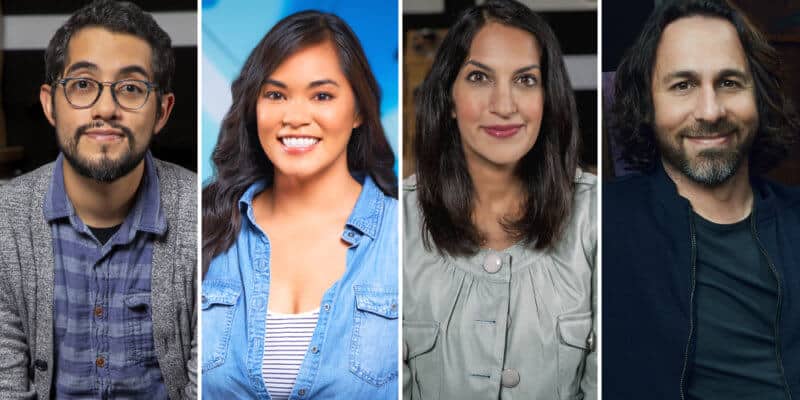 Walt Disney Animation Studios has named four directors who will work on developing new animated films for release at the box office.

Directors Suzi Yoonessi from “Unlovable” and “Dear Lemon Lima” and Carlos Lopez Estrada from “Blindspotting” have been named, as well as veterans of Disney films Josie Trinidad and Marc Smith.

“Carlos and Suzi are two incredible, inventive filmmakers who have both received acclaim for their work,” Jennifer Lee, Walt Disney Animation’s Chief Creative Officer, said in a statement. “Josie [Trinidad] and Marc [Smith] have been instrumental in shaping such films as “Zootopia” and “Frozen 2.”

New film projects being developed by the four directors is a part of Disney’s and Walt Disney Animation’s commitment to diversity and inclusion in its projects.

Excitement is always on the horizon at Disney’s Studios, including the upcoming “Raya and the Last Dragon,” which takes place in a fictional place called Lumandra and features the voice talents of Cassie Steele and Awkwafina. It’s the 59th animated feature film for the studios and is set to be released on November 25 of next year.

Jennifer Lee is a screenwriter and director herself, having written and directed both “Frozen” and the upcoming “Frozen 2,” which makes its theatrical debut this fall on November 22.

“We aim to have Walt Disney Animation Studios serve as the premiere home for filmmakers interested in telling engaging stories within the limitless animation medium,” Lee said in a statement.  “We are so thrilled to have these four talented artists join our 96-year-old studio as directors and help us build the stories of our future– adventures in completely original worlds, stories from around the globe, and the next generation of musicals.”

We can’t wait to hear more about those new adventures, stories and musicals!