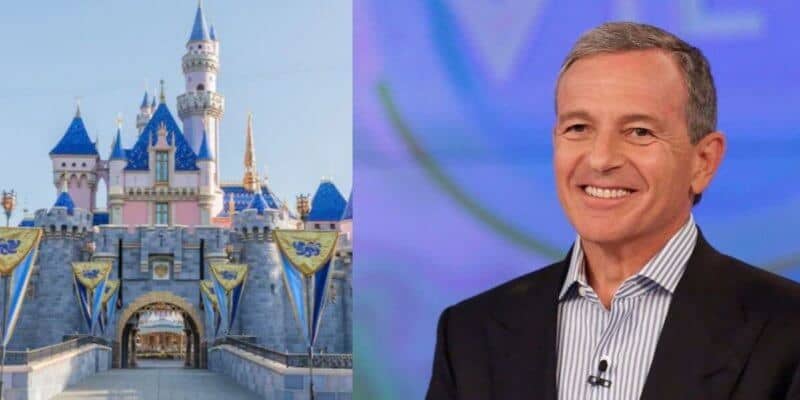 There are so many fantastic (and classic) rides at Disneyland. Peter Pan’s Flight, Space Mountain, The Haunted Mansion, Jungle Cruise, and many more. So what is Disney CEO Bob Iger‘s all-time favorite Disneyland ride? His answer may surprise you.

The Chairman and CEO of The Walt Disney Company was recently interviewed by Academy Award-winning producer Brian Grazer at Glendale’s Alex Theater as part of a promotional tour that Bob Iger is currently on for his new book “The Ride of a Lifetime: Lessons Learned from 15 Years as CEO of the Walt Disney Company.” During the interview, Iger finally revealed what is favorite ride is at Disneyland.

If you want a few hints: It’s a classic Disneyland attraction. It is considered a “dark ride.” It was the last attraction whose construction was overseen by Walt Disney himself. And it remains one of the most popular attractions today.

Yo ho, yo ho, a pirate’s life for me. That’s right!  Iger‘s all-time favorite attraction at Disneyland is in fact the classic Pirates of the Caribbean. “It was the last attraction Walt created. It opened after he died,” Iger said during the interview. “It still has an essence about it, a simplicity to it. Also sometimes it’s just dark and quiet.”

Bob Iger had some fun with it and even did his best imitation of the ride’s iconic phrase “Dead men tell no tells”, which the audience got a kick out of! Did you know the original version of the famous phrase was actually done by Disney voice actor Paul Frees, who is the Ghost Host from The Haunted Mansion?

The famous Pirates of the Caribbean attraction was the inspiration for a series of Disney movies which starred Johnny Depp, Geoffrey Rush, Orlando Bloom, and Keira Knightley. The original attraction at Disneyland even inspired other versions of the attraction to be created all around the world.

What is your favorite Disneyland attraction? Let us know in the comments.