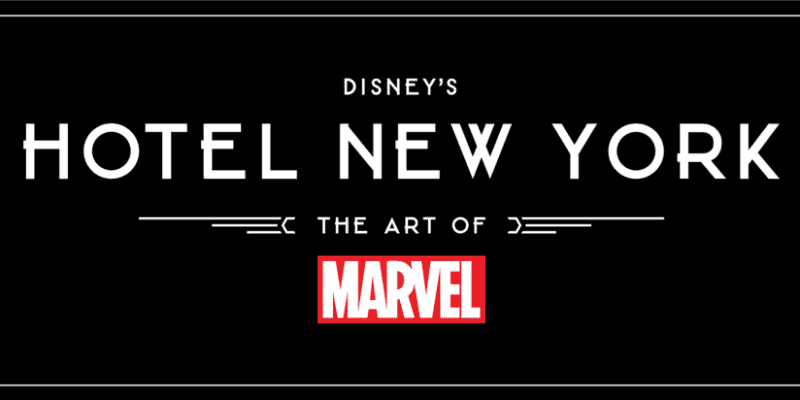 Calling all Avengers fans! Have you ever wanted to feel transported into your favorite Marvel film? Well thanks to the creative work of Disney, you can soon enter the Marvel Cinematic Universe at an all-new hotel inspired by the Avengers!

Okay, so you may not be able to star in an MCU movie anytime soon, but that doesn’t mean you don’t get to feel like a superhero. Disneyland Paris‘s new Marvel-themed hotel is opening next summer, and every Avengers fan is going to want a chance to stay there. Now that we know even more details about this immersive hotel, we can pretty much guarantee you that it will be spectacular.

Disney’s Hotel New York – The Art of Marvel will put guests in the middle of an epic superhero universe like never before. We’ve been finding out more and more details about Avengers Campus, the Marvel-inspired land coming soon to Disney California Adventure, Disneyland Paris, and Hong Kong Disneyland. But just like the immersive Star Wars: Galaxy’s Edge is getting its own immersive hotel experience at Walt Disney World, the incredibly immersive effects of Avengers Campus will further expand at Disneyland Paris at a Marvel-themed hotel.

Guests will soon be able to experience Disney’s Hotel New York – The Art of Marvel, celebrating 80 years of Marvel storytelling in a typical New York setting, with a contemporary Art Deco style. The Hotel is inspired by a New York art gallery, paying tribute to the city that is home to many iconic Marvel Super Heroes and the artists who created them.

When the Hotel reopens next summer, it will be the very first Hotel dedicated entirely to the celebration of Marvel art, inviting guests to discover the iconic stories and characters of this epic universe with one of the largest publicly viewable collection of Marvel artwork in the world.

Disneyland Paris is collaborating with more 50 artists from Marvel Comics and Marvel Studios to bring together more than 300 pieces of artwork showcasing the wealth of the Marvel Universe – comic book covers, posters, illustrations from films, storyboards, original sketches and more – including never-before-seen and exclusive pieces.

Disney has shared even more concept art for Disney’s Hotel New York – The Art of Marvel. Disneyland Paris fans will know that the hotel was previously just known as Disney’s Hotel New York and was themed after the Big Apple. It’s been closed for renovations for some time now so it could be transformed into the very first hotel themed after Marvel’s Avengers. With all the hype surrounding Marvel right now, we’re sure this was a great choice.

So far, we know that the hotel will include redesigned rooms featuring Marvel artwork. The Empire State Club rooms will also have a subtle nod to Iron Man himself. Additionally, the hotel will have suites themed after the Avengers and Spider-Man.

There will also be multiple dining locations, including a Manhattan Restaurant with an Italian-inspired menu (and a chandelier inspired by Thor’s Asgardian palace), a Downtown Restaurant with Marvel-inspired specialty dishes, the Skyline Bar that will offer views of New York City, and the Lounge Bar that feels like a typical Manhattan loft.

Meet and greets with Marvel heroes

In typical Disneyland Paris fashion, guests at Disney’s Hotel New York – The Art of Marvel will have the opportunity to meet their favorite Avengers heroes at Super Hero Station. There will also be special photo opportunities using props inspired by the Marvel films.

We don’t have an exact opening date to share (Disney just revealed that the hotel will be opening in summer 2020), so we’ll keep you posted as soon as we know more information. But we do know that those wanting to stay at Disney’s Hotel New York – The Art of Marvel can make reservations beginning November 5.

Are you hoping to stay at Disneyland Paris’s Marvel-inspired hotel once it opens next summer? Let us know in the comments!