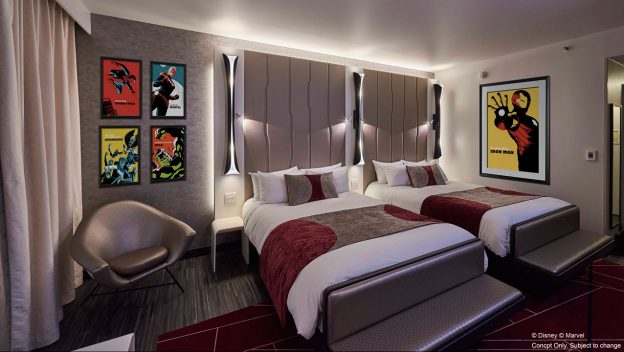 Disneyland Paris has been reimagining one of its hotels into Disney’s Hotel New York – The Art of Marvel, and during D23 Expo Japan, the park revealed a look into one of the superhero-themed rooms.

Disney’s Hotel New York – The Art of Marvel showcases the world of superheroes like Iron Man, the Avengers, and Spider-Man, to name a few. Throughout the hotel, your favorite Marvel characters will be highlighted in the style of a contemporary art gallery.